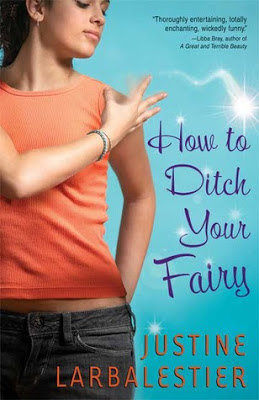 How to Ditch Your Fairy by Justine Larbalestier

It was a light and short book, but the title is misleading. I was looking forward to seeing the characters interact with little, clingy fairies like pet Tinkerbells. It turns out a “fairy” is more like an RPG ability. Like, you have an empty slot, and it gets filled with some bonus ability, like being able to get out of trouble or finding loose change. But you don’t get to choose. Some of these abilities are useful, some are not. Some don’t have fairies, and some try to get a new one, which is where the story comes from.

Apparently, this book was extended from a short story, and it feels like it. Not to mention, as far as being a YA for women, I did not like the message it sent–trying to change something you are. I’m not sure what this says to teen girls, but I don’t like it. A tiger can’t change it’s stripes. You have to play the hand your dealt. Attempting to change who you are results in things like plastic surgery and marrying for money becoming acceptable.

Plus there’s some disturbing stuff in here. Well, it doesn’t seem disturbing until you look closer. The main character has a fairy that lets her get good parking spaces. She’s doesn’t use cars or buses for two month’s time to make her fairy get bored and go away. Until she’s literally kidnapped by the big, dumb, senior jock character and used for her ability, nullifying all her work.

This is basically rape. Being assaulted and taken against your will because of who you are? It’s not literally rape, but the subtext is clearly there. But the main character does nothing about it, doesn’t tell anyone. She doesn’t even react. I would be crying in my pillow if that was me. And I’m a guy. But she doesn’t even go through feelings of guilt. She does nothing because the man is supposedly ‘untouchable’, but shouldn’t the story be about that? She tells no one. She does nothing about it. She doesn’t even appear to care, she just goes on trying to get rid of her fairy in ridiculous ways. In the end, the jock guy is implied to get come-uppance, but that’s hardly important by that point.

And this comes from an author who writes all the time about equality on her blog. I can hardly believe she didn’t take this into consideration when she was writing it. This is a pretty scary message to be sending out. I wouldn’t want my daughter to read this. Justine Larbaleister, what were you thinking? 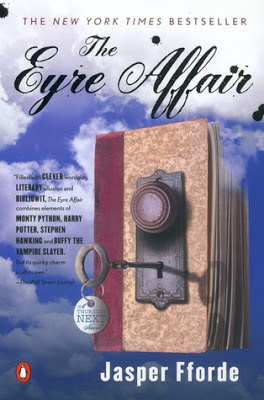 This one just didn’t click with me. There wasn’t enough characterization and I’m not into English literature. I guess it was supposed to be about characters from British classics jumping out of novels crossed with crime fiction, but I never even got to that point.

I’m sure there’s an audience for this book somewhere. But with me, it just didn’t have a gear tooth for me. Usually, I’m read things that have something with my interests: zombies, apocalypse, dystopia, talking animals, cool swords, the trials of adolescence, mythology, time travel, underwater worlds, and so on. There was nothing like that here. 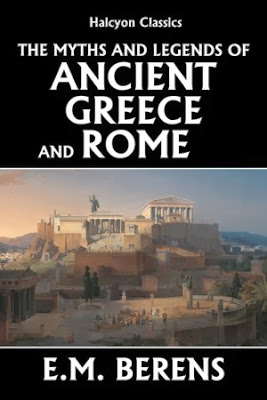 The Myths and Legends of Ancient Greece and Rome by E.M. Berens (unfinished)

I intended to read this as some research for Mermaid Story, but eventually I just couldn’t keep track of all the names. I wanted to read mythological stories, but instead I got a big-ass family tree. Which is fine for a complete set of myths and legends. I was able to skim it for the Poseidon and Nereid sections. I’ll try again with the SparkNotes of Edith Hamilton’s Mythology.

Scalzi says this is his attempt at YA, but I have a hard time believing it. Because he gets the voice of an overwhelmed teenager right, but other things wrong. The main character has zero relationship with her parents. All the YA I ever read, parents take a strong front and center role. Even if they’re dead. And especially if the main character’s a girl. It doesn’t matter that she’s adopted, her dad’s an 80-year-old man in a 25-year-old body, and her mom’s a green space beret. All teens have a strong latch onto their parents. It may not be pleasant, it may be filled with conflict or love. But they do because they know they’re inches away from leaving the nest.

And there is no sex. I don’t know what the future is like, but hormones haven’t changed that much in the past two thousand years. Here’s a fact about all teens: they think about sex. It’s always on their minds. It’s not always in the context of wanting it, but they think about it. And most of them have sex when they’re teenagers (not me, of course). So unless the Colonial Union has some kind of suppression field like in Half-Life 2, something’s wrong here. Also, there’s no whining, no snapping, no drugs, no alcohol, no engaging in destructive behavior. Zoe’s the perfect girl.

Also I’m realizing that Scalzi does a lot of dialogue is his novels. His characters do a lot of talking–civilized debates, interviews and arguments. That’s his style, and that’s okay. But at a certain point it’s like, okay, this has gone on long enough, it’s time for something to happen. Enough speechifying.

And I could not believe his author comments at the end when he thought he could just handwave the werewolves and deus ex the “bullet sapper” machine in “The Last Colony”. How could you leave obvious plot elements like that and not realize they are unresolved? Don’t you read your own work? I’m looking forward to his next work, but I feel like I’m starting to get burnt out on his style, like Scott Westerfeld (see below). 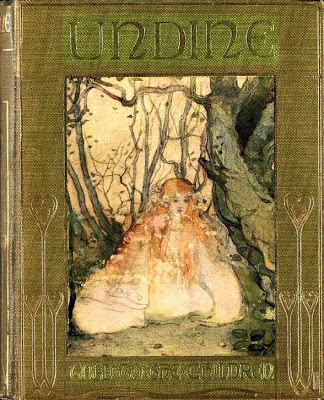 More Mermaid Story research. This one I was debating even to count, because it’s more like a novelette, but there’s apparently an ISBN number for it, so why not pad my numbers?

Sadly, the mermaids here are far and few between, like most mermaid stories I read. She’s a human for about all of the book. She’s some sort of orphaned water-nymph taken in by parents, and she never betrays a non-human nature. She marries a wandering knight, and then there’s some strife and betrayal. To be honest, I tuned out the last quarter of the book once I realized the mermaids were not happening.

The nice thing about it was that it was romantistic, so there was nothing complex about it. It smacked of Ivanhoe–romantic genre, wandering knight, torn between two women, and I think there was a joust. But it was much shorter so that was good. I can also see where Hans Christian Andersen got some of his influences for TLM. If you want to say you’ve read some classic romantic literature, this is a good place to start. 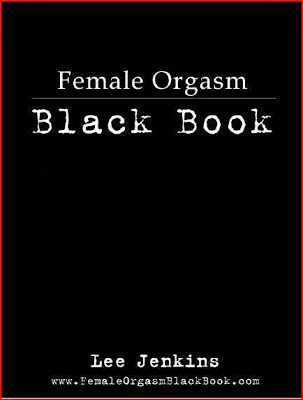 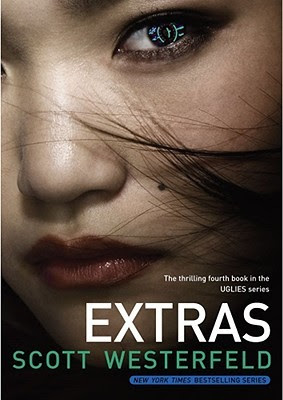 More and more, when I read a Scott Westerfeld book, I think “Why did I read a Scott Westerfeld book?” You can tell his audience is the teenager, and everyone says he’s going to be as big as Heinlein in the future. Maybe I’m just too old to be part of his audience anymore. Maybe I’m just sick of the Uglies universe. Maybe I get tired of reading about whiny, self-centered teenagers who engage in purposelessly risky behavior in an increasingly implausible world.

Sorry, guess I’m bitter. I keep wanting to like Westerfeld, but I’m getting tired of each book being the same. Each story seems like it will be epic, but it comes out as flaccid pulp fiction. The themes aren’t particularly engaging, and the man has a lot of trouble writing action sequences. I don’t care about what it feels like to skate on a hoverboard on an El train like Back to the Future, or swinging through the jungle like Spider-Man. I’ve got Back to the Future and Spider-Man for that. All I want to do is skip them and move the plot along.