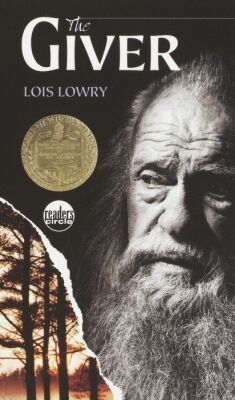 While you grew up with a sheltered childhood, you’re pretty sure
everyone around you is even more sheltered. Suddenly, from out of nowhere, you were
tapped on the shoulder and transported to the real world. This made you horrified by
your prior upbringing and now you’re tormented by how to reconcile these two lives.
Ultimately, the struggle comes down to that old free will issue. Choose
wisely.

Take the Book Quiz
at the Blue Pyramid.

Unfortunately, never read this book, but it’s been recommended to me. Someone once said “The Heretic” was exactly like this, so I’m probably afraid that it’ll be too close for comfort. Same reason I can’t see “Scanners” until I finish Black Hole Son.

I’ve decided to stop work on trying to revise The Heretic. It’s just too… well, it’s just too bad. I can’t even get through the introduction without hwarfing. The plot isn’t cohesive enough or interesting enough, and I keep feeling that the effort to make it such would be insurmountable. This was my first major work after Blood 1, which is to say, I consider it my second “original” work. It’s also my only truly original work, which is why I considered it for publication. But there’s just not enough there, and if I can’t read it, no one will. This is probably why a lot of writer’s don’t try to go back and “fix” dead works. It’s just not progressive.
And the revision would take me away from my current works, and my current readings. No, it’s best to look to the future, rather than try and capitalize on the past. Sure, it might end up getting published, but it would take a lot of work and effort that would probably be better spent on current works. That’s not to say I couldn’t rewrite it at some point in the future, at least. But I would probably start from scratch, totally remix it.
I’m also more strongly considering tweaking Blood 2 to be an original work – take out the fan fiction elements. I think that will be less of a challenge than rewriting Heretic, and the writing quality is better.

Working on The Heretic is not going so great. The more I look at it, the more I see just how much it fucking sucks. Adverbs everywhere. Dull characters. Plodding plot. I remember when I was writing it I wanted to make the first part kinda boring so that would contrast with the second part. But jeez that doesn’t make people want to read it. The more I read it the more I think “How the hell am I going to fix this piece of garbage? Is it beyond repair?”
My whole intention was to spruce it up with my new skills and get it ready for publishing. I wrote in 2002, four years before I got “serious” and there’ve only been maybe 4 major works in between. I wonder if this is good practice for other authors, whether they go back to previously written works, and update/improve them so they can get them published. Mostly I just wanted to do it so I could get introduced to the submitting scene. But I’m seeing a lot more that needs to change with The Heretic than I originally thought, and I’m still on part 1 out of 3.

Still no comments on FictionSlamming, and nothing new on Zoetrope. What’s the deal? Don’t you like me?

Ah, well, it means nothing but keep grinding away. Galerians ain’t gonna write itself. Gotta keep plugging away. The format of the Galerians pre-writing is getting a vibe much like Heretic – lots of dynamic characters all hapahzardly thrown together. Hopefully that’s a good sign, because I really enjoyed that part of Heretic. I’m into revising the characters now. The problem with that is you never quite know how much history to add, whether it’ll be a waste or if it turns out to be a sudden revelation that turns the plot. The main characters are fine, but the minors are the shaky ground. I’m worried whether they’re just gonna become tokens, throw-aways, that we never see again. That’s bad writing.
Speaking of Heretic, thinking of how best to get into that again. Don’t want to overwhelm myself with writing projects, especially when it’s not been Heretic at the forefront of my mind, but a Metroid screenplay. It’s been double forefront ever since I saw Haloid and got awesome all over me.

The writing’s been good lately, as far as I’m concerned. Not as much as I would like, but at least I’m getting good ideas. Right now, I’m working on the timeline for the story. Not to say I’m done with the characterization, but that seems to be where the pencil compass is pointing, and I’d prefer to flow with it than resist it. I can come back to characterization later.
I was talking before about how I should submit something so I can get my foot in the door. Well, I was thinking of submitting something I wrote a long time ago (in college), that I never really expected to be submitting for publishing. It’s one of the few things that’s not fan fiction, so I should be OK to submit it. I don’t think it’s publishable myself, but who knows. Fantasy seems to be big these days, and I’m sure people are hungry for something that’s not a Tolkein clone. I need to revise it at least once before I submit it though, there are parts I’m still not happy with, and I’m hoping I’ve learned more skills to be able to punch through that. I’m looking forward to reading it again after all these years. Once a story is done I try not to look at it again, for fear I’ll see some typo that will cause a nervous breakdown.