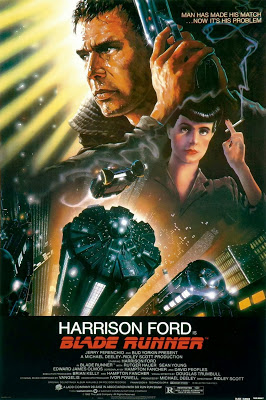 This may force them to revoke my sci-fi card, but I have to say it. I am not very fond of Blade Runner, and I think it would benefit from a remake.

I really can’t watch it. It’s just so boring. It’s a good movie… as an art film. It’s great for the film noir + cyberpunk mood. But as a story with characters and plot, it’s so thin. It’s a better movie to have on the background — all style. Just about everything interesting happens off-screen. It’s a good concept, but concept doesn’t translate to a linear progression of events. Can I admire a movie without liking it?

There’s not enough time spent on any character to get a sense — screen time is distributed between Deckard, Batty, and all the other side characters (including Not-Harley-Quinn). There’s a whole lot of awesome backstory, but just takes a sliver of that. And what is a “blade runner”? Where did that name come from? Things like that stay unexplored, that leave the movie feeling empty. The cyberpunk noir is what attracts people, but there’s no main story to hold it together. The ending, memorable as it is, doesn’t support the theme of mortality (and skips over themes like enslavement and playing Creator).

There’s a villain and hero, sure, but they never meet until the end. It’s not an adventure, it’s a bunch of disconnected situations. It needs to be more like A.I. or Bicentennial Man, but not sucking. Harrison Ford, lovable as he is, seems wrong for the role. He acts bland and uninterested in the subject matter (maybe that’s the point). You don’t have to be a likable or charismatic character in a movie, but you have to be interesting to watch. And who cares if he’s a replicant or not. If he is, that leaves a host of even more unanswered questions.