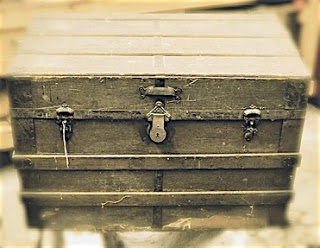 I started working on Gun vs. Sword (temporary title, until I think of something better) this week.  It’s a novel that I’ve been doing pre-writing for while Merm-8 is incubating and editing Z Company. I never intended it to be a main novel, and I plan to stop this and restart Merm-8 after it’s gotten its critiques back.  It’s a trunk novel, but the idea’s been in my head for years, since I read “The Darkness and the Light”, and I’ve been gradually touching it every time I get ideas.  Now I’m done with the pre-writing, so writing the text is obviously the next step.

Of course, that’s not as easy as it sounds. Or as I remember. I haven’t composed an original draft since I abandoned the last short story I was going to write (around the beginning of March). The first day sucked. Every sentence felt amateur, pedantic, lengthy, and garbage. I wrote 250 words and they all sucked. I felt like I couldn’t write anymore.  Like a bodybuilder come back to the gym.

The next day, I tried re-writing the beginning. I didn’t change anything plot-wise, just took another shot. And it turned out better. Got farther too.  Got to the point where I could name my character finally.

I wonder if anyone ever intentionally writes a trunk novel. I think the traditional context is that these are books a writer writes before he/she lands a deal/agent. Of course, since I have no deal or agent, every novel I’ve written is a trunk novel. So guess it doesn’t matter.

I was going to make an entry on Friday, but work has been sooo busy. I had to stay up til 12:30 on Sunday to debug and deploy an application going up in the morning. Customers suck.

But the reason I was going to make an entry was to declare that I was done with the outline for Mermaid Story for now. My only concerns are that the beginning is too slow, the ending isn’t paced well-enough, and that the romance isn’t there. Of course, these are things you can’t tell in an outline – there has to be a tangible form and feedback to be able to make that determination.

I really don’t want to start writing out the novel until Black Hole Son (which may undergo a title change) is done and ready to be sent to agents. I don’t want to have two novels going at the same time – they’ll mish-mash in my head. Unfortunately, I’ve got to wait until 3 more full-length RFDR critiques come back. I probably won’t be seeing those until July.

So what do I have in the meantime? I have short stories. Crappy, crappy short stories. Three are in the Critters queue, and I won’t see results from the first until mid-July. I’ve got some in first draft form to revise and one to compose. But I’ll predict I’ll be done with all that before I get all my RFDRs back.

There is one more option – I’ve been writing an outline for an idea that came to me while reading “The Darkness and the Light” by Peter David. It’s sort of a fantasy, buddy-road movie I’m tentatively calling “Gun vs. Sword”. There’s lots of rivalry, badassery, and conflict so far. It’s also an experiment in writing style – I’m composing it without a good deal of notes, without thinking of “this would be a cool ending” or “there should be this environmental variable”, or “someone needs to say this line”. These are the kind of things that get me in trouble, because I try to force a square peg into a round hole.

Here, the story is developing naturally, although I don’t know how long it will be, what it’s about, or how it will end. Plus, I’m not *really* working on it, I’m just jotting some notes when I continue the story in my head. Its a fun exercise, and maybe someday I will make a novel out of it. I’ve got enough to start composing. We’ll see how it goes, if I get really bored.