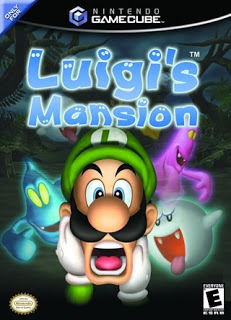 My wife picked up Luigi’s Mansion a few years ago from a garage sale because it had “Player’s Choice” on it, and was only a few bucks. Seemed like fair dinkum. We planned to play it together, but never got around to it. I eventually had the inkling to play it myself, but never got around to it, because the Wii was on the main TV where I feel bad about playing anything by myself. Then we hooked the GC downstairs and finally got a decent TV down there.

The gameplay was more fun than I anticipated. I was choosing to play Luigi’s Mansion over than World of Warcraft, and it’s a game that’s more than ten years old. The gap between 2013 video games and Luigi’s Mansion is the same as Luigi’s Mansion and Super Mario Brothers 2 (NES). Noodle that one, my friends.

I like the ghost-sucking/busting, I like the puzzle-solving to figure out how to get the “mini-boss” ghosts. The boos are frustrating, but easy to detect at least, and satisfying when you finally get one.  When coins and dollars erupt from a dresser, it’s fun collecting them, even though they don’t do jack shit.  You should be able to buy stuff if I have to collect money.

It’s a small map too, which is nice. I don’t feel overwhelmed like in Super Mario World or Super Mario Sunshine. I don’t have to walk five hundred miles to get to a level and then walk five hundred more just to be the man who’d walk a thousand miles just to save the game. There is some difficulty in knowing where the next objective is — what room means what and where. What I’m saying is the game is nicely fair, given the play control of Luigi. 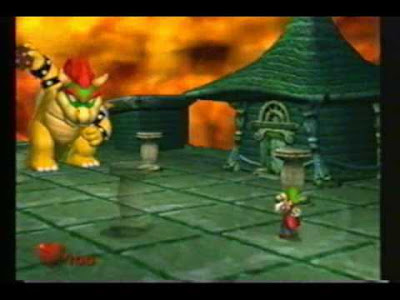 Until you get to the final boss. Fuck that guy. It’s not that it’s hard, it’s unfair. I know the difference. I’ve been playing video games since you were still wetting your Pokemon sheets, you young whiffersnatchers.

Let’s start with the strategy. The only way to kill him is to shoot the bombs he telekinetically summons back at him, but the game is such you have no idea where your object is going to go based on where you’re pointing. The spout does not equal Luigi’s face. And more than that, the bombs go right around him. If I can manage to make contact, the hit detection fails and it scoots around his leg. You need some kind of guiding targeting line like in Peggle. 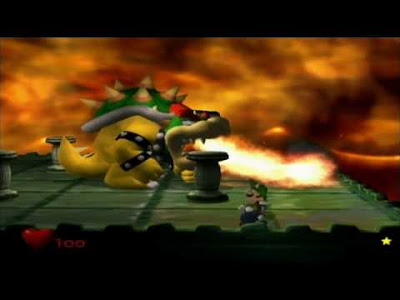 And that’s if you’ve survived while Luigi S-L-O-W-L-Y turns to face Bowser while he’s running around everywhere. And him running into the bomb doesn’t work either. Then HE can suck you up and spit you out, causing damage. Then while you very S-L-O-W-L-Y get back up, he spits fire at you, causing MORE damage. 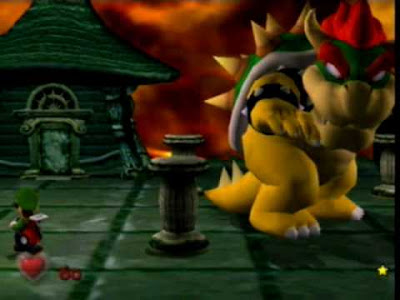 And if that’s not enough, if you do manage to get Bowser’s head off, you have to dodge ice. One hit from that and you’re frozen and your chance to kill the King Boo is wasted. Luigi just doesn’t have the reaction time or speed to take on a boss like this. When did he lose his ability to jump? Is the 3000 in “Poltergust 3000” mean how many pounds it is?

I screamed “bullshit” so many times playing this, I probably set a personal record. I even gave the game the benefit of the doubt because I had drunk like four Mtn Dew+Rum+Tequilas at that point, even though I wasn’t too drunk to play. But, nope, same bullshit story the next day. I even threw the controller on the ground at one point.

But despite that, I was pretty proud of myself. The old me would have kept playing and playing and playing, losing over and over, having to run through that difficult room where you gotta flip to the ceiling and back down for no reason other than to waste my fucking time. Nope, I just say “fuck that, Nintendo”. You’ve lost some more reputation points with me, for a game you made more than a decade ago. I’ll just go watch the ending on YouTube.