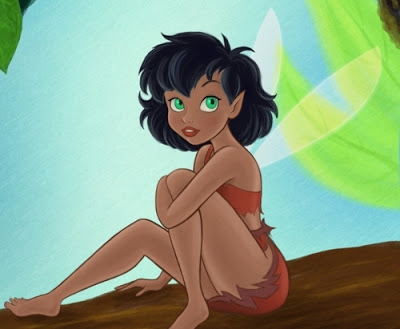 Huh, another fairy. I didn’t realize that until I was making this list. Not one of the smartest fairies either. All she does all day is fly around being twee, occasionally growing plants with magic. She openly embraces the stranger in her forest at the same time all the trees are disappearing. Didn’t work too well for the Aztecs. Her naivety is a pale copy of the charm of the little mermaid, and it doesn’t work. 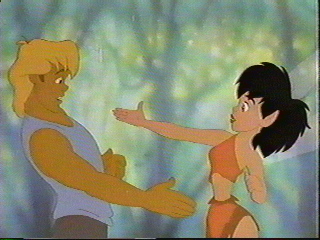 Sort of. I said before I’m a sucker for projects, but there are two types. One is the dark and twisted, self-hating, self-destructive kind. Crysta and her lot is the other kind — a derivative of the manic dream pixie girl that’s so trendy right now. In her case, she’s simply sheltered in an alien land which makes her so clueless you could stick a paper bag on her head and she’d continually back up. She even looks like Zooey Deschanel. 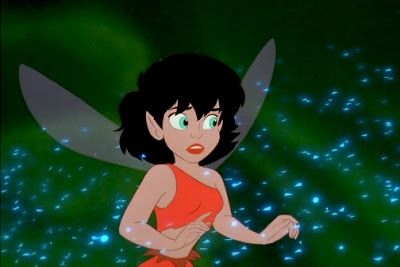 Of course, in my dreams, that’s not exactly what happens. Unfortunately, I often find myself bewitched by her inexperience, as most of us were. And it helps that she’s got an even skimpier fairy dress than Tinker Bell. And she’s voiced by Samantha Mathis, who was pretty hot during this time (one of the only reasons to watch Super Mario Bros.) 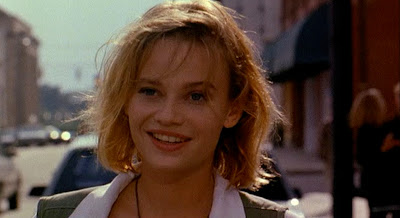 Unfortunately, there isn’t really much to Crysta besides that. The movie’s half heavy-handed environmental preaching and half cheesy movie romance. And that makes no room for plot. There’s something about her fluffy black hair, her bright blue eyes, and her bare midriff. I like her “falling in love” montage and her (almost) self-sacrifice when she finally defeats Dr. Frank N. Furter Hexxus. She probably shouldn’t be as high on this list as she is, but not for blatant pandering. 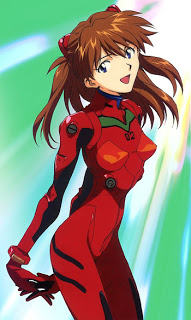 Any anime fan is going to know who Asuka Langley Soryu is. They’re also going to know she’s fourteen years old and has several nude scenes (including a super-funny one in the Rebuild movies that reverses Shinji’s in the series). However, we’re going to pretend she’s eighteen for the purposes of this article. She certainly acts like it. 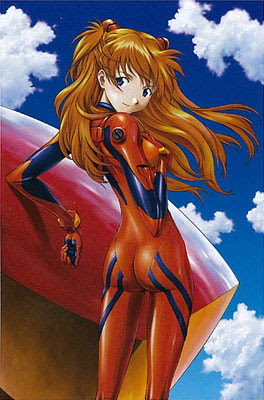 They’re also going to know why she’s hot — the stunning red hair, the unabashed confidence, the cute little outfits. Sometimes she seems barely aware she’s doing something sexual, like kneeling down on all fours so we can see down her shirt, or letting her skirt flap in the breeze, or cuddling with Shinji. Sometimes she acts like she knows exactly what she’s doing. Asuka is complex, to say the least. 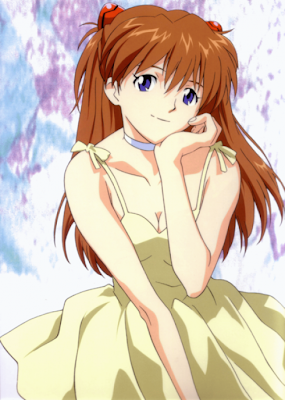 She’s had a chip on her shoulder since she was born. When she was four, her mother went insane from a bad Eva test. She thought Asuka’s doll was her daughter and ignored her real daughter’s existence. The day Asuka found out she was going to help defend the world, she ran to her mother to tell her only to find her dangling from a noose. 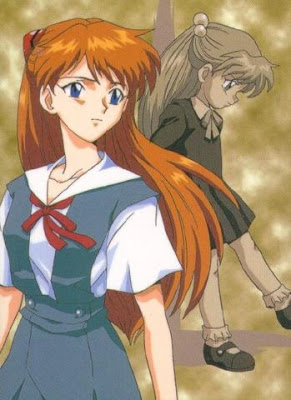 After that Asuka built a wall around her heart and consumed herself with drive. Of course, her false self-confidence begins to fall as the pressure builds. Like an overactive boiler, those repressed emotions emit in hot bursts, hurting those around her. She ends the series (the conventional series, not the movies or Rebuild) in a catatonic state, after having apparently attempted suicide by slitting her wrists in a a bathtub in an abandoned house. 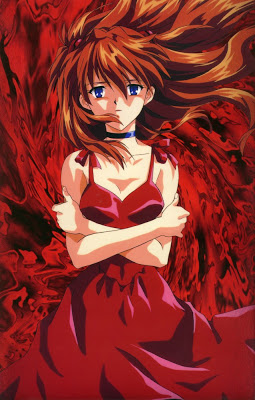 Everyone in Evangelion is a project, but Asuka takes the cake. But there’s a reason she’s on the list instead of Rei, Misato, Ritsuko, Horaki, or even the budding Mari Makinami. That reason is succinctly stated in The One I Love Is…, a fanfic. 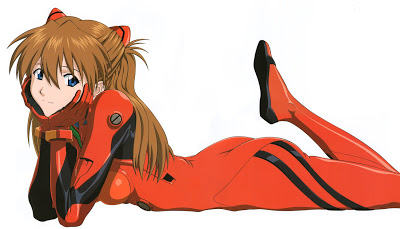 Spoilers: In the end, Shinji has to decide between the two lead female characters: the motherly Rei or the aggressive Asuka. He visits her in the hospital and tells her:

“When I’m with Rei… I feel… how could I say it… safe. I feel good. Comfortable. There’s nothing for me to do. I know that she’s the kind of girl… who’ll love me no matter what. She’ll never do anything to hurt me. She’ll never scold me or tease me. She’ll do everything I’ll ask of her with a smile… Asuka… I don’t want a comfortable life! I don’t want someone who’ll make me the only goal of her existence. I’d only be hiding from reality again. And it wouldn’t be fair to Rei. Asuka… what I’m trying to say… I want you Asuka.” 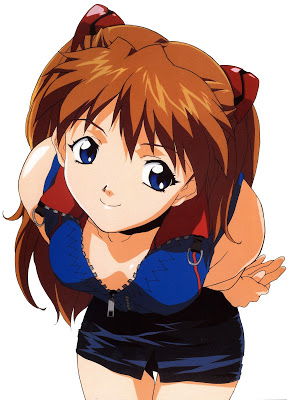 Asuka is not the safe girl. She is the girl that will kick your ass if you make a mistake. And if you’re a snivelling, sheltered introvert like me, you need someone like that in your life. I like Asuka’s grit, I like her aggressiveness, I like her vigor. Could she be a good mate? Probably not. She’s prideful, she’s stubborn, she’s “yelly”. She also reflects the internal dialogue a lot of us loser nerds feel — the “bad” voice. Ignoring the physical for a moment, there’s a lot of facets to her, like a multi-tasking program. 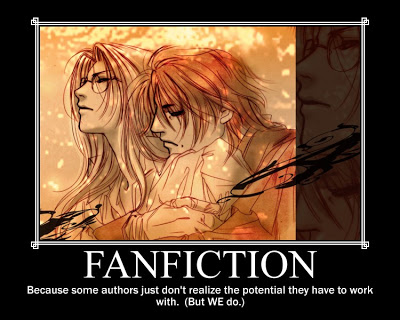 Well, I’ve finished my Featured Fan Fiction series, so here’s the complete set. If you need more to whet your appetite, try looking at the authors and stories I’ve favorited on FanFiction.net. There’s more there than what I’ve featured, and it’s all worth a look. 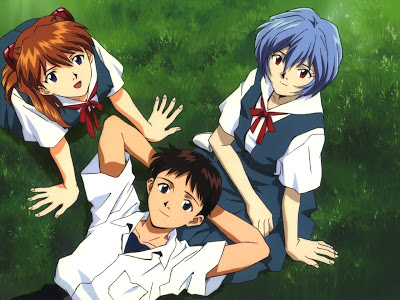 The One I Love Is… is my favorite Evangelion fan fiction. At first it seems like a typical Rei/Shinji/Asuka romance triangle thing. Believe me–it’s hard enough to write one couple pairing. Most ficcers barely get farther than one chapter with that sort of thing, and they run out of steam. Not the case here.

What I love about it is that it starts from a specific point in the series: where Rei sits in Eva-01 (Shinji’s giant robot) to test synchronization. Since Eva-01 contains the soul of Shinji’s mother (spoilers!), the idea of attraction is implanted in her head, and she attempts to pursue a romantic relationship with him… in the imperfect, cutely androidish way she knows how. And of course, the hair-trigger tempered Asuka reacts in kind, and the battle ensues. It takes one small thing, twists it, and ends up with a completely different story. 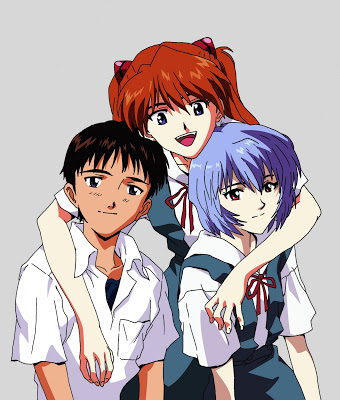 It’s simple, lovable, and each character acts plausibly. Most times in this sort of fic, you see Rei as a robot, Asuka as a bitch, and Shinji suddenly grows a spine. Not so, in this case. And like in Deus Ex Jenova the characters have sexuality which is more prominent with young adults. And the characters make mistakes. Both Asuka and Rei’s attempts to woo Shinji result in them irreparably destroying their relationships, which prevents them from doing what they were supposed to be doing in the first place — saving the world.

And that’s the other thing I like. The story doesn’t just take place in a single time bubble. From where it starts, it reaches the same end that the series does, but not in the same way. And it reaches a plausible and satisfying climax.

Maybe that’s what makes this story so good — it offers a conclusion to the incomprehensible puzzle of Evangelion more satisfying and entertaining than the series itself. I’ve said before how the mark of a great fan fiction is that it takes the existing universe and improves on it. The One I Love Is… does that.

Rakna, the author, appears to still be writing fan fiction, albeit slowly. There’s a lot of distractions on the Internet you know. Cat videos and such. I don’t blame him. 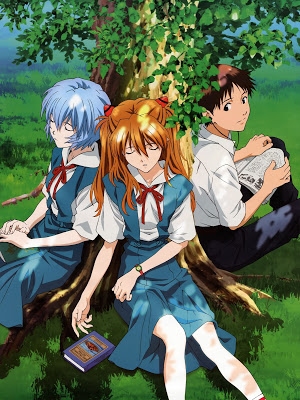