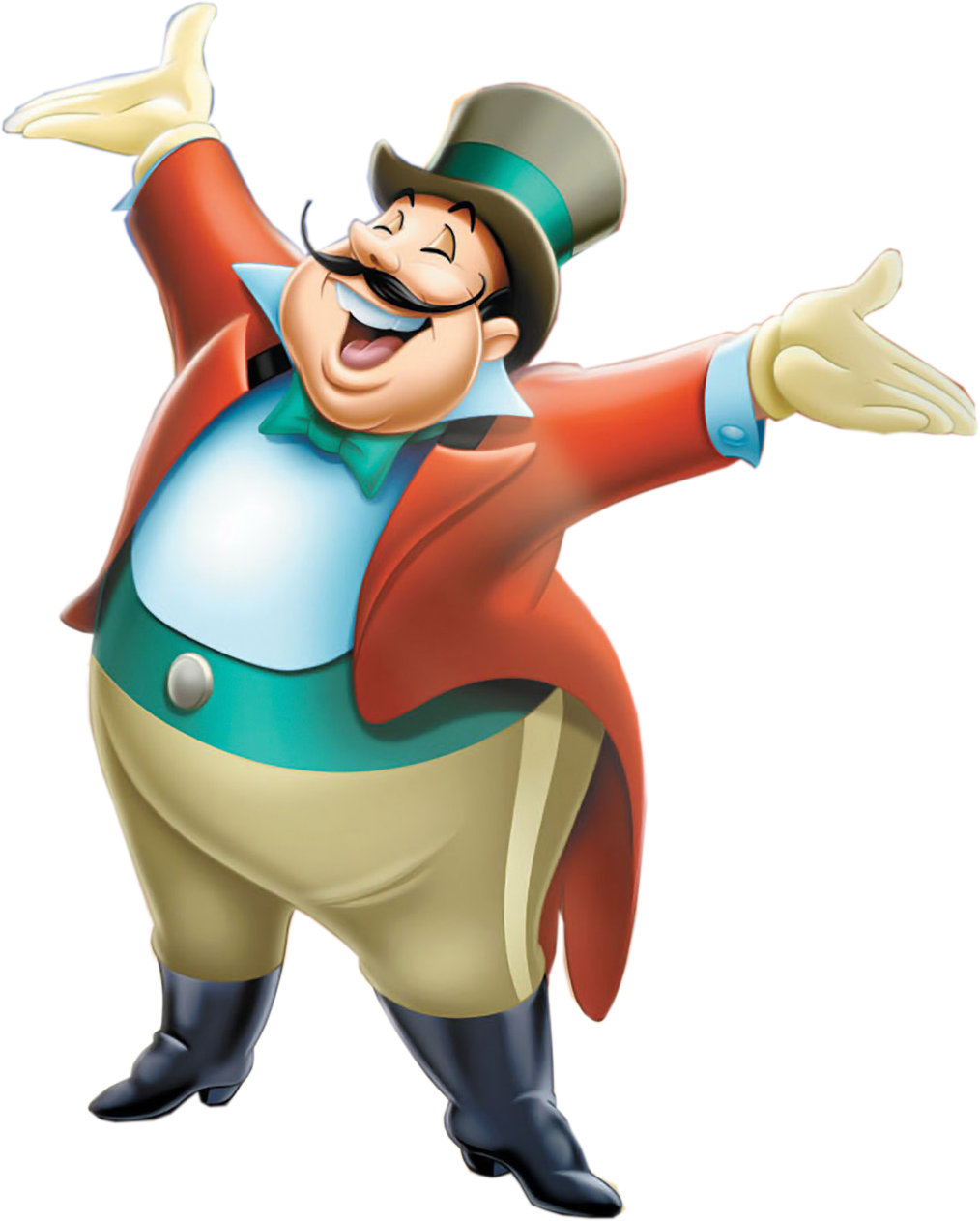 I didn’t think I could do an entry for Dumbo. Then I read that he’s a villain in Disney’s Villain Revenge, so that means I gotta evaluate him, I guess. Who knew? I’d have thought it’d be the red-haired bully. I still can’t watch the movie without wanting to shove a broomstick up his ass. 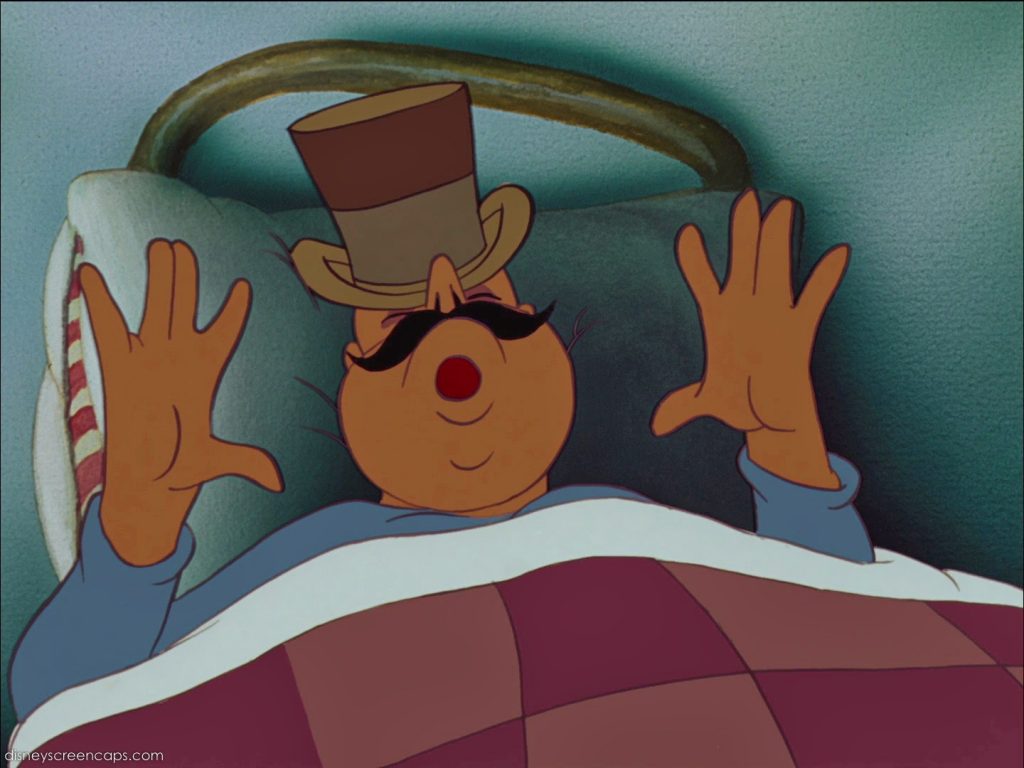 Motivation: A bruised ego. The existence of a big-eared elephant makes his circus go wonky. He can’t show Dumbo in the elephant’s tent — that causes too much trouble. So he’s not only down one elephant, but two. Got to make money off this somehow, so he uses Dumbo as a living maguffin in the clown’s fireman gags. I guess it says something about freaks being diminished in acting roles. 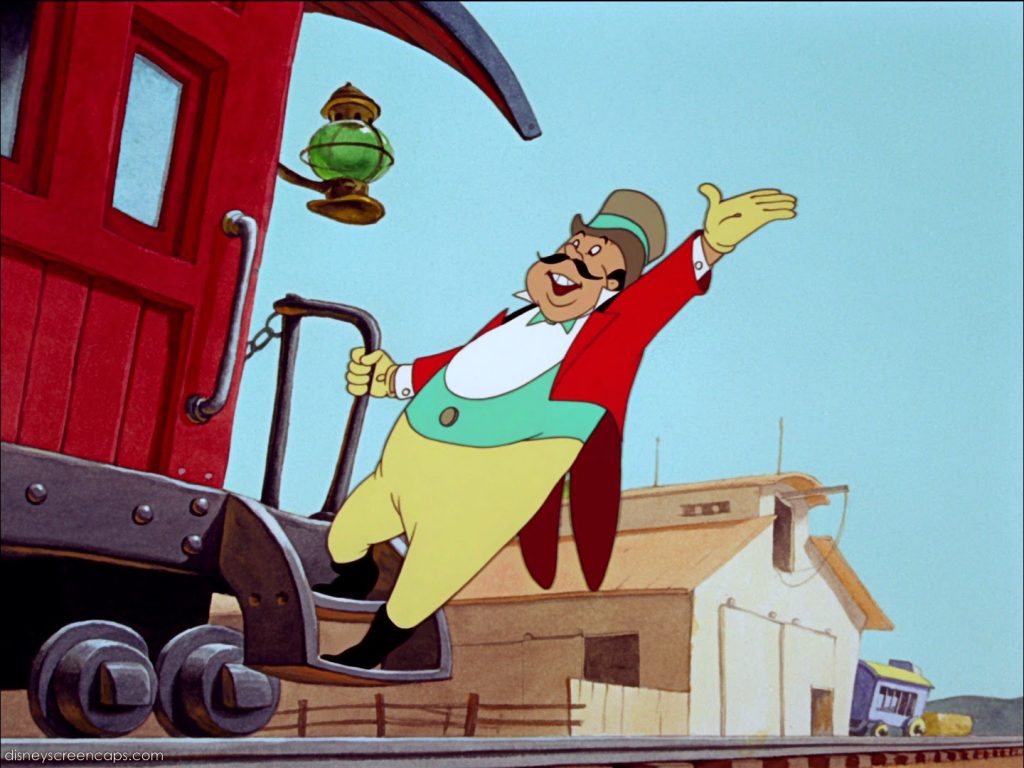 Character Strengths: I got nothing. He doesn’t even show up at the end. This is really the protagonist’s story. But maybe his biggest strength is mending his ways. A lot of Disney villains never get that far. For at the end, he sees the talent that Dumbo has, and gives him his deserved fame, plus a personalized railcar. 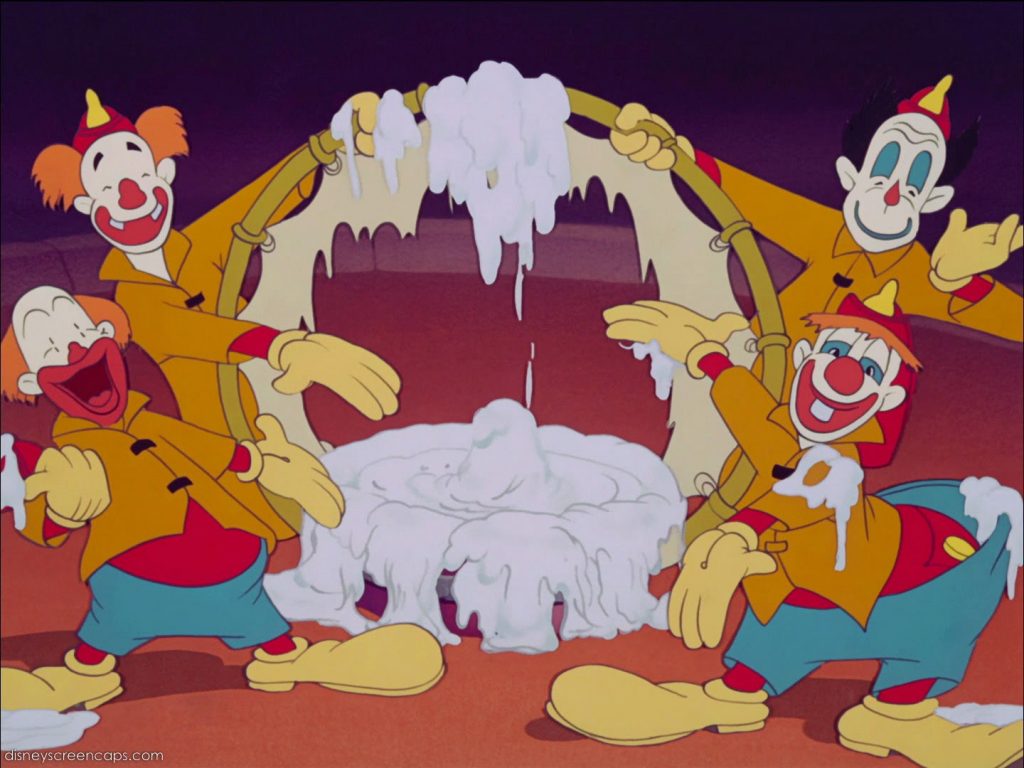 Evilness: Minimal. The guy is just trying to make it in show business. He doesn’t have an evil streak, as far as I can see. He’s just stern and bossy.  You can’t really blame him for imprisoning his mother. Dumbo’s lucky he didn’t have her euthanized.

Tools: He’s got a whip.  And an assortment of alcoholic clowns (although props for them being enthusiastic about their jobs). But at least the clowns have aspirations of putting on a good show. These days they’d be portrayed as working stiffs doing the least to get by. 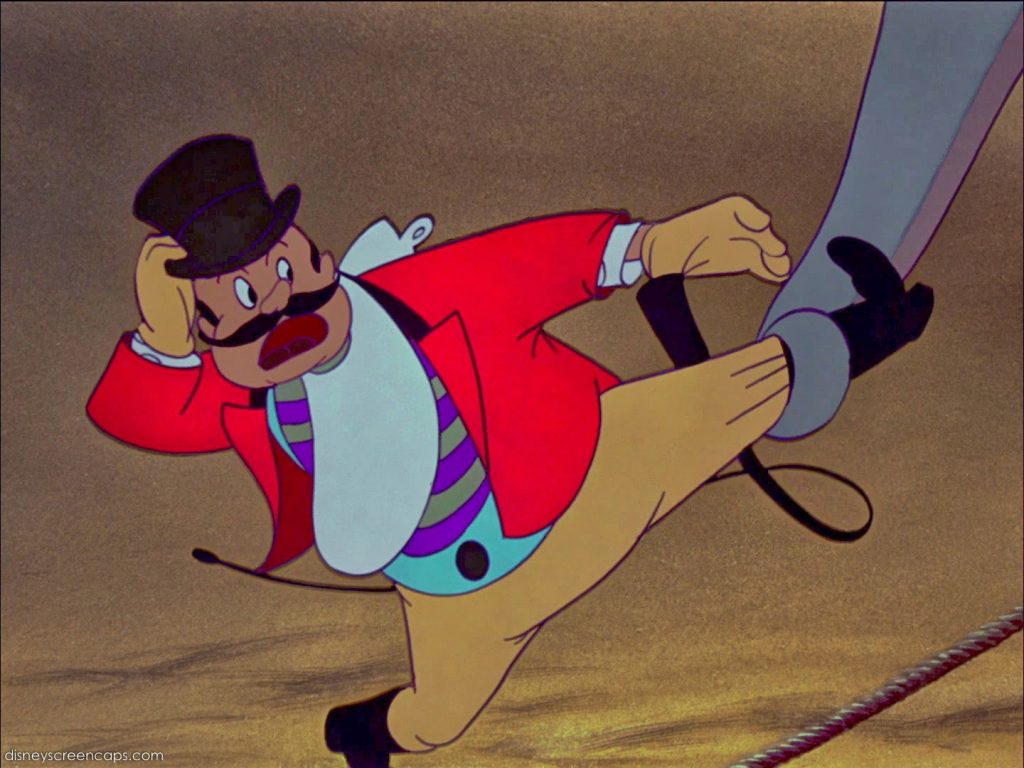 Complement to the Hero: Does Dumbo even know there’s a ringmaster? Does he know what that is? I’m not entirely sure Dumbo is sentient. He needs a mouse to do his talking for him. 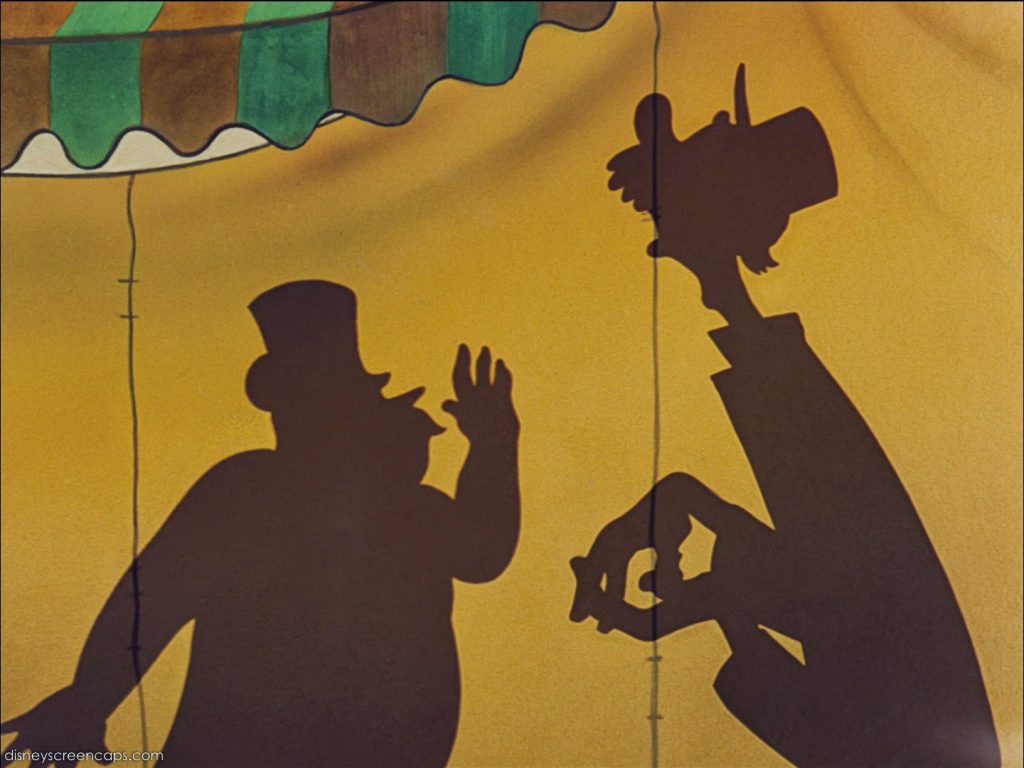 Fatal Flaw: I don’t know. He doesn’t really serve as an obstacle to the hero’s triumph.  It’s Dumbo’s confidence in himself (combined with a unique ability) that makes him win out. It was nothing the ringmaster did. 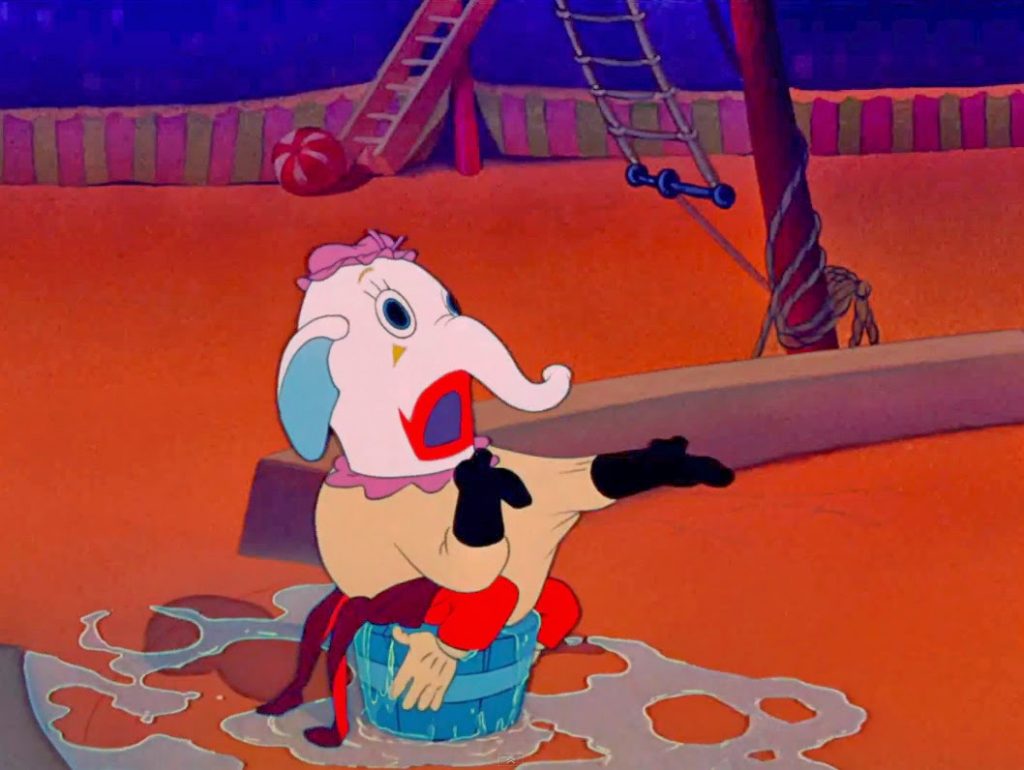 Method of Defeat/Death: After Dumbo learns to fly without his magic feather, he terrorizes the circus clowns, giving them PTSD. They’ll never be able to go to the zoo again. (Usually it’s the other way around, with clowns sending people into therapy.) Dumbo buzzes the ringmaster, sending him into a washtub with an elephant-clown face on his butt. I’ve seen more dignified Disney deaths, but not many.