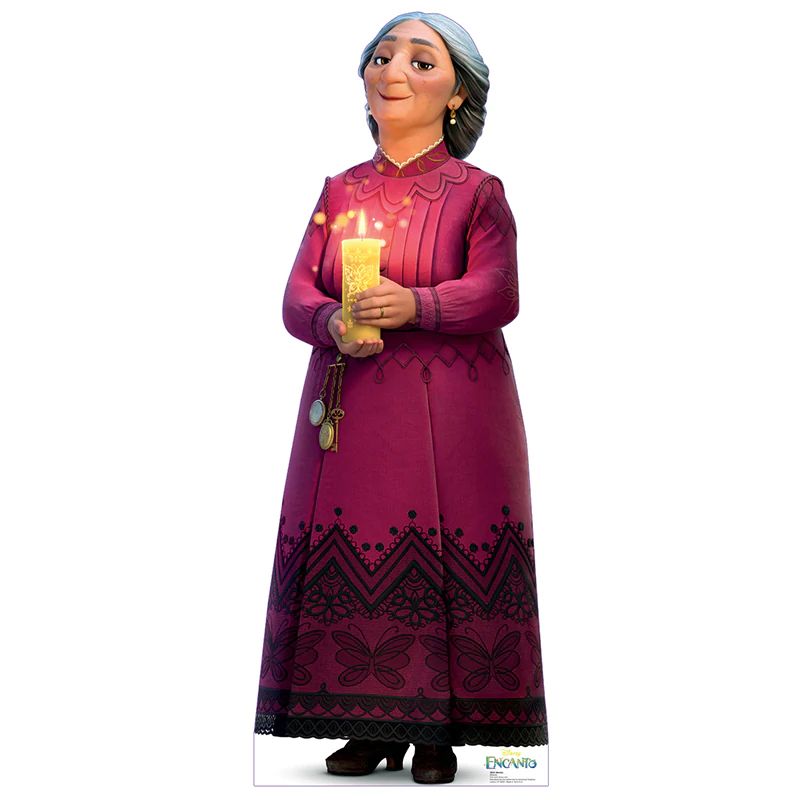 Oh my god, am I really doing new ones? It’s been so long since I wrote this series and times, they do a-change. I’ve seen some of the films I originally skipped, new ones have been made, and people have actually made a few requests. So let’s waste no words.

Motivation: Abuela’s actions are rooted in staying worthy of the miracle that allowed to escape the marauders that forced her from her hometown. She received a second chance when her husband sacrificed himself for his people and his family. That chance is in the form of a candle that indicates the “health” of the magic.

And she is so afraid of losing that magic, she expects perfection out of her offspring. Except for Mirabel, who has nothing to offer. Her motives are so strong they trickle down to the family, so that Luisa can’t relax, Isabela can’t grow anything but beautiful flowers, and Bruno has to exile himself when everyone perceives his prophecies as doing damage (but we don’t talk about Bruno).

Character Strengths: There is a certain something to be said for stubbornness. As the matriarch of her family, it gives her equal parts nurturing and respect. You don’t want to disobey Abuela, but you don’t want to disappoint her either. After all, she led you to a protected place, gave you a magic house, and provided you with a special superpower. I’d call her on her birthday if I were you.

Evilness: Not very. That’s what I like about Encanto–there is no real bad guy. The bad things people do are done with excellent reasoning behind them. The road to hell is paved with good intentions. Abuela would welcome you in with a cup of coffee and a healing arepa and never harm a hair on your head. But if you’re not pulling your weight as part of your family, you’ll be scorned so bad.

Tools: These are some of the most interesting tools I’ve seen. She’s got a rockin’ candle that never goes out. As long as it stays lit, her offspring have superstrength and weather control. In fact, they’re kind of like henchmen, doing her bidding. Even if that means babysitting and fetching goats, it’s still bidding.

The magic is also the fuel for Casita, an enchanted house that seems to have consciousness, a little like Howl’s Moving Castle, except, you know, it doesn’t move. But it can reform itself (generally)–move objects by rippling the floor, change staircases, communicate non-verbally. But it seems to be beholding to the magic of the candle because it was not in control of Mirabel’s non-gift. Surely if it was, it would have offered an explanation.

Complement to the Hero: Mirabel and Abuela are reflections of each other. Abuela is hard as a rock, stiff. She’s seen some shit. Mirabel plays it looser. You can see it in their animation styles. Mirabel’s always moving her head, her shoulders, her limbs, nearly every word she says. Abuela stands stiff as a board. Unyielding. But if their positions were switched, Mirabel could easily become Abuela and vice versa.

Fatal Flaw: Fear. Maybe coupled with some paranoia. It’s not like it’s not justified. She had to run away from her hometown, saw the love of her life killed before her eyes just after giving birth to triplets. This makes her stern, firm, but also quick to see the worst side of the scenario.

However, everything has been berries and cream since then and it’s been, what, forty years? Fifty? How old does Bruno look? It’s hard to tell in a cartoon (we don’t talk about Bruno’s… social security). You can add in a little denial there too, because she doesn’t believe Mirabel that Casita is cracking (maybe because she already assumes the worst in her).

Method of Defeat/Death: First Disney villain to be defeated with hugs. Mirabel and Abuela come to an understanding at the river, where they realize they both want what’s best for the family. But she was too hard on them because she was so afraid of losing the miracle by failing to earn it. And it wasn’t fair for her to take out her fear on the family. She was burdened by the evil that men do, but her children and children’s children hadn’t. And after all, isn’t that what we all want for our families? To live a better life than we had?