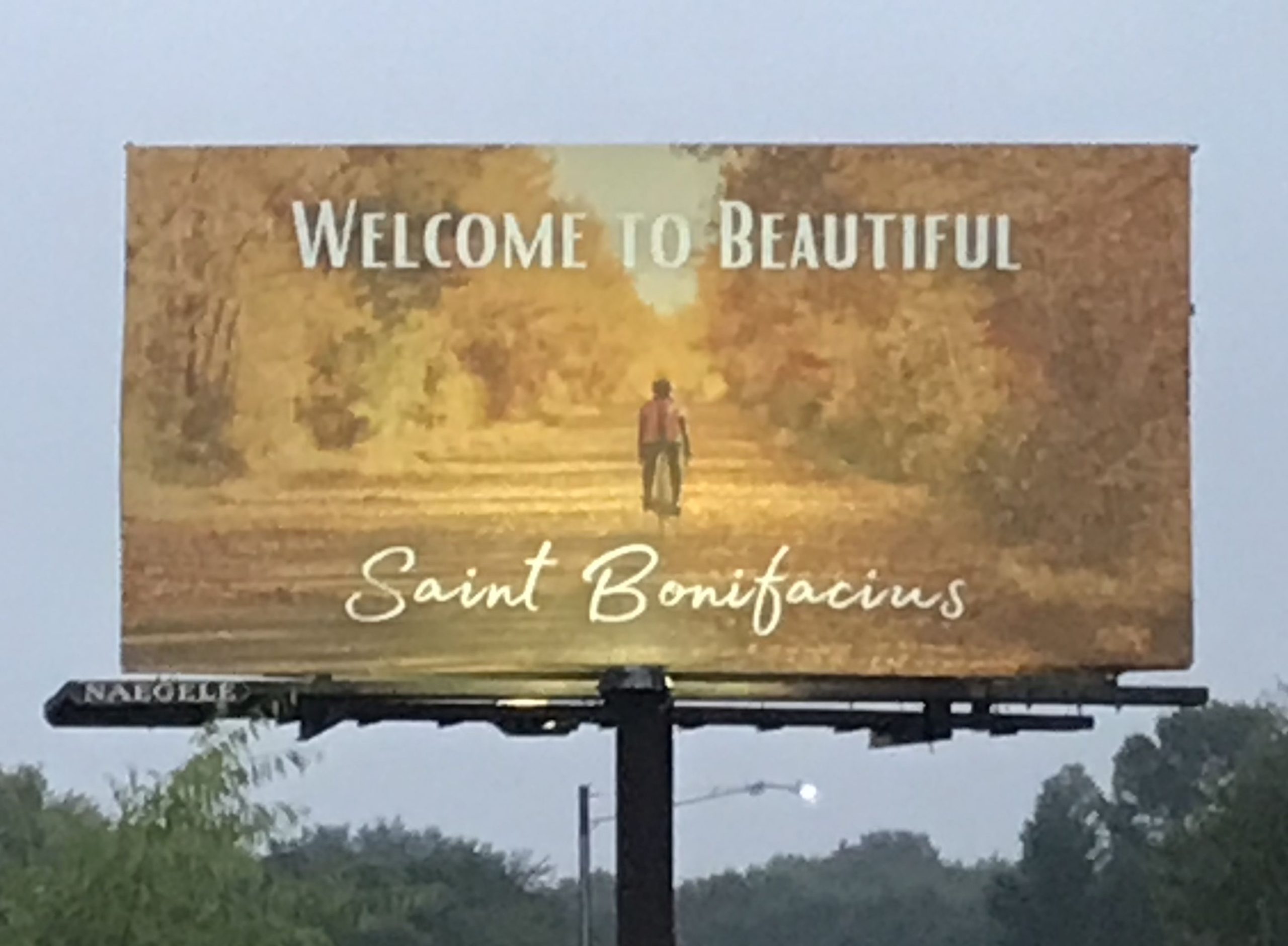 So last week I drove down to Hwy 7 and was delighted to be reminded that the first of the month means (possible billboard changes). And nothing delighted me more than to see an advertisement for Grove Bank instead of Bill and Bob’s empty rhetoric. But the real question was… did the other side get the same treatment?

Yes, it did! Now there’s a beautiful sign welcoming you to St. Bonifacius, with a lovely photograph of a bike trail in the fall (see above).

Does this mean Bill and Bob are no more? I doubt it. I’ve seen their tirades come and go before. But now that Biden’s in office and the pandemic is trickling down, maybe they don’t have the supportive social bubble they once did.

My god, that thing’s been up for a year. I was about ready to contact Naegle and see if they were actually paying for all this time up or just no one wanted to put up something new. Maybe I could do a “Three Billboards Outside Ebbing, Missouri” on them. How much could a billboard for a month cost? Three hundred dollars?

I would’ve put up puppies.