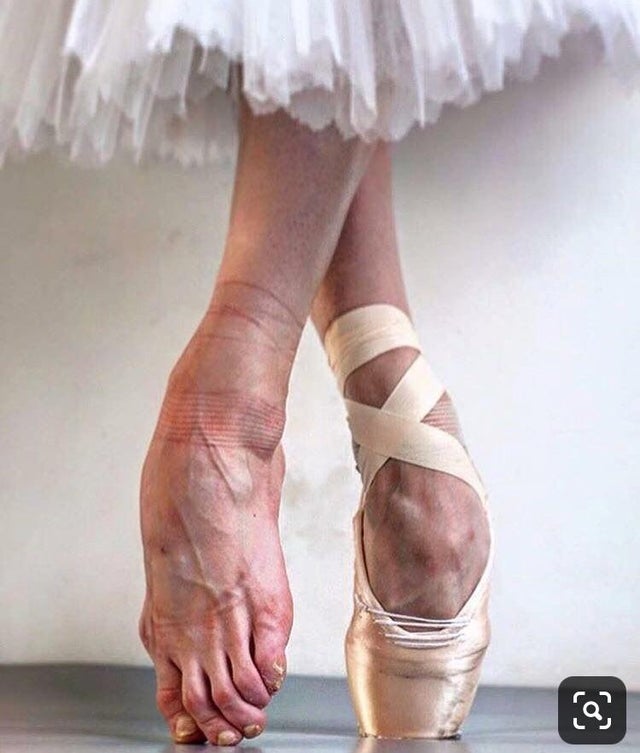 Here’s a controversial opinion: dance is the most pointless form of art.

I don’t get the connection between the medium and the evocation of some kind of emotion or message. There’s music playing and people flailing their bodies at the same time. They look like apes in a zoo.

But say you hate ballet and you’re uncultured and unsophisticated. Forget that every one was written a hundred years ago (have you ever heard of a new ballet?). Swan Lake, Sleeping Beauty, Nutcracker. Why are they still performing dances from antiquated cultures? Everyone thinks Shakespeare was the greatest, but people still write new plays.

Do you know any dancers? Even on Dancing with the Stars they name the judges, but besides the celebrities, can you identify anyone’s last name? The last one I remember is Mikhail Baryshnikov, and that’s only because of the Cold War.

I’ve been watching dancing in one form or another all forty years of my life. And I feel safe saying it’s timeworn and meaningless. Moreover, I think it’s unhealthy for our culture–both for the dancers and the audience.

This all comes from watching the first episode of En Pointe, a docuseries about the School of American Ballet on Disney+, to keep up with Escape from Vault Disney. It’s everything you think it would be and worse, but there are two big takeaways.

One, it’s a fluff piece, basically a commercial for the SAB. Although I don’t know why they’d need it since they only accept 100 students per year.

Two, they never show any dark side. No one loses an audition. Everyone’s smiley and hopeful and working hard and has no obstacles besides their own drive to succeed. There’s no Black Swans here. There’s no pedo-teachers. No stage moms. No body image issues. No elitism or favoritism.

Now if you don’t know that it’s Disney’s disposition, when it comes to historical-record films, to remove any dark side, leaving only what’s sweet and nice and lovely. Given how milquetoast everyone seems, how hard the kids are worked, how judgmental the teachers are… what are we not seeing?

Here’s the thing about dance–it’s naturally exclusive. Only thin white lithe women and some men. No body diversity. No racial diversity. And it’s not like women of size can’t be flexible. I know they can be. If you’ve ever watched a dance class, you see rows of body-perfect white and blonde children in the same uniforms like a little army. Something a Nazi would dream of.

All the helpers look the same too. Why? Because they were previously dancers themselves. That’s the second thing–dance is an ouroboros. A serpent eating its own tail. Why is that? Because you’re done at twenty-two. Because your body simply can’t move the way you need it to for dance.

There’s no future in it. It’s not like being a football player or personal trainer where you can make a career out of using your body. If you want to stay in dance, you have to do something tangential like theater management or choreographer.

Because you have learned no other skills because to be in dance you have to dedicate your EVERY SPARE MOMENT to it. No other hobbies, no other activities, no other interests. You want to have any fun in dance, they only accept those who commit every last free bit of time to it. The parents too, since they’ve got to drive them around to every meet and practice from the age of three onward.

It wouldn’t be so bad if it could be a hobby. I hate that every sport requires you to start at age three to make Wayne Gretzkys and Michael Jordans out of everyone. You can’t just play casually or recreationally, you’ve got to make this your one and only sport and can’t join midway through. That the important thing is to enjoy the act of it.

I’ve learned from writing, if you’re doing it to see your book on the shelf or your name in a newspaper, you’ll never achieve your goal. You have to enjoy the act of writing, of creating worlds and characters and putting sentences in their mouth, one word after the other, and then fixing those words so they’re in the right order. If you aren’t into that, you’re going to have a bad time.

And there are kids who like that sort of thing. Who like being serious, being flawless, being the best at something. They’re like rules lawyers for body position. I believe it’s okay for children to do performance work… if they want to do it. It’s difficult, not for certain types, just like martial arts isn’t for everybody.

It’s easy for a lot of kids to come out screwed up, so you need a really supportive family. One that’s almost got to put 100% of their energy into that kid, ignoring themselves and any siblings they might have. And a balance of work and school means not a lot of free time. If you can’t handle that, then you get results like Dana Plato and Drew Barrymore. But if you can, then you can get some incredible talent, like Haley Joel Osment and Anna Kendrick and Natalie Portman.

The difference here is that the films and songs and such that come out are something I can appreciate. You get The Boy in the Striped Pajamas or The Bad Seed or Stand By Me or even Home Alone. You can get Tiffany and Debbie Gibson and Selena Gomez and even Justin Bieber. I don’t like it, but I understand it. Dance I don’t get. I don’t get how it’s trying to communicate ideas or messages through body movement and music.

As you may have noticed, I’ve mostly written about what it takes to produce the art and not about whether the art itself is worth it. Which I can’t really say because I don’t get it. It doesn’t last like a sculpture or a book. It can’t be recorded in an instructional form like music can (or can it — is there standard notation for choreography?). Sure, there’s an abundance of athleticism. But we’ve got American Ninja Warrior and Olympic gymnastics for that.

But even if you love dance, I don’t think it’s worth it for what you get. Too much bottom of the iceberg for not enough top. It uses up the people who get into it and spits them out after giving all of their body, all of their youth. They’ve learned no other skills. What do you do when you “graduate” dance? Teach? Then it’s just a perpetual cycle (see previous “ouroboros” comment).

At least in other sports you learn teamship. In dance, you compete with your friends for the top spot, like Survivor. These are bad lessons to teach.

It’s like dance is it’s own little subculture or secret society… which I wouldn’t have a problem if it wasn’t so A) time-demanding B) expensive C) elitist D) exclusionary. Know what other secret societies have those characteristics? Cults.

It’s a dying art, but just because it’s old doesn’t mean it has value. Something that’s hard and time consuming doesn’t automatically give it worth. Reading all of Homestuck is hard, but you don’t get a prize for it. You don’t get XBox achievements in real life.

Thanks, I hate it.