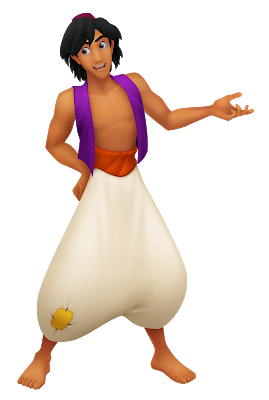 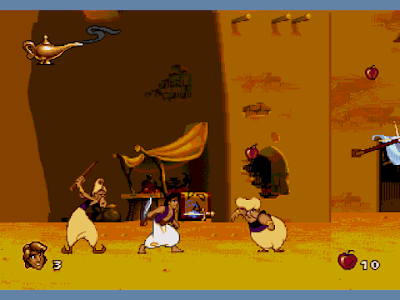 First Impression: Running from the city guards for grand theft loaf. You’re immediately drawn to his charming smile, his parachute pants, and his pet monkey. One would assume that since he’s stealing bread, like the noble Jean Valjean, he’s not a career criminal. And then he gives said bread to two hungry street urchins with big-ass eyes, giving him a “save the cat” moment and immediately making our hearts lighter.

Appearance: Tom Cruise hair, but M.C. Hammer fashion by way of Abu Dhabi. Two questions: what’s the deal with the fez? (And don’t give me that Doctor Who line.) And where are your nipples?

Intelligence: Aladdin was educated on the mean streets of Agrabah. He learned to hide a razor in his mouth and shank a bitch in the shower. The street smarts overwhelm any other smarts.

Job/Source of Income: Depends on where you catch him. The scale at which he goes from rags to riches would make a black hole blush. He starts as a subsistence thief, only taking what he needs. However, being able to trust what he says is another category entirely. Then he’s the sultan of a city that may exist in Earth’s extreme past or extreme future, depending on which fan theory you read. 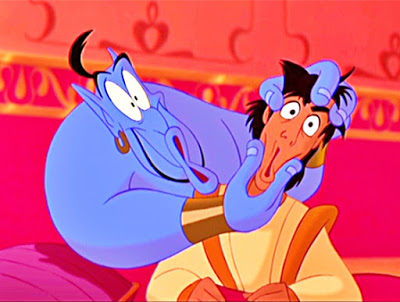 Sense of Humor: Pretty good. He’s a friend to all living things. Smug and ruthless, but also lovable and tricky. He’s definitely someone you don’t mind hanging out with.

Quality of Sidekick: It’s a cute little monkey! And a flying carpet! And an all-powerful genie! And his girlfriend has a tiger! Holy smokes, when they were handing out sidekicks he hit the motherload. (Later he gets parrot-Gilbert Gottfried, so you can’t hit the jackpot all the time.) 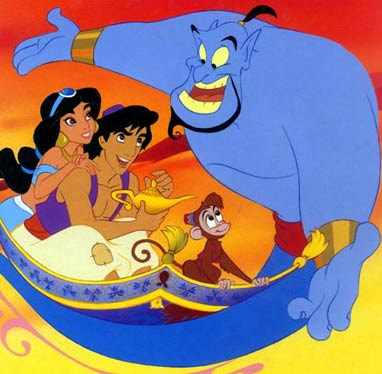 Relatability: He always tries to do the right thing, even if he stumbles along the way. His biggest problem is not seeing the forest for the trees, and that might come from his hand-to-mouth upbringing.

Talent: +3 to agility and acrobatics.Speedy and knowledgeable in hand-to-hand and scimitar fighting. Plus a skilled thief. Better at pickpocketing and petty theft than the heist though.

Does he have a name? Yes. It’s even the title of the movie, making him one of the few princes who’s the protagonist in his film. 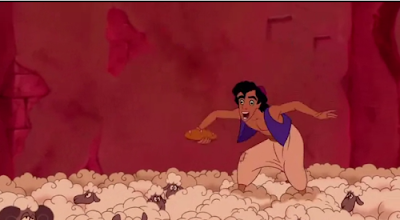