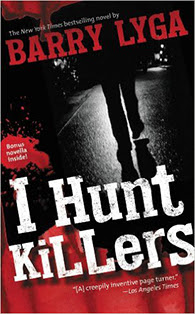 I love Barry Lyga, but I had to stop after twenty-five percent. There was too much telling and not enough showing.

The story’s about a teenager who knows all the serial killer tricks because his father was one. So there’s analysis, backstory, and thinking, but not much action. Too much of the text is setup for the ongoing series, not the current story. I wanted to know what’s happening with the murder now, not ten years ago.

It would have been better if the text was presented in flashbacks so there was more immediacy, instead of recall. The narrator is just not interesting enough to allow him total control. 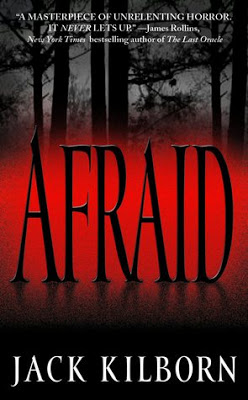 This is a real Suicide Squad — not some namby-pamby rogues gallery. A half-dozen sociopaths are given CIA mental conditioning and drug therapy. Then they crash land in sleepy-town, USA. Chaos ensues.

I’ve never read anything as fast-paced as this. Chapters are short, sentences are short, scenes are short. Although the characterization is light, the action is visceral enough and quick enough that you want to see more. You might think it’s a Stephen King-style thriller from the cover and blurb — slow burn, supernatural junk, psychic powers for no reason — but it’s a far cry.

It reminds me of a high-budget B-movie where they went heavy on script and light on special effects. The horror comes from how realistic (as in the killer is a criminal trained to be a soldier, not Pennywise the clown). 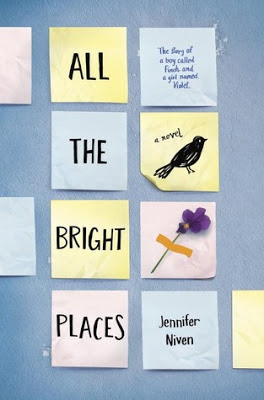 All the Bright Places by Jennifer Niven

In movies it’s entertaining, but in a book, it’s the crutch of authors who need a place and time for characters to argue or see someone kiss someone else or some other plot point because, literally, everyone is there. It’s a setup to get someone sexually assaulted or overhear/see someone doing naughty which leads to “the liar revealed”, “the misunderstanding”, or “what did I do last night?”. Reality contradicts this to the point of ludicrousness — parties only have a few friends, finding alcohol/drugs is a scavenger hunt in its own right, and no one acts like a chauvinistic douche in front of anyone who could hear it. Yes, there are parties that turn up to eleven, but they’re the exception that proves the rule. The other nine times out of ten, you either play Halo all night or eat ice cream and talk.

Cliche #2 — our oh-so-precious heroes don’t read any conventional books. They read the classics like Bronte and Woolf. And constantly quote them to each other, like it’s a ping-pong challenge to prove which one is dumber (of course, neither loses, they know all the lines like Wuthering Heights was “Austin Powers”). No one reads Twilight or Harry Potter. No one reads anything written in the last century. That’s too mainstream. We’re all Hipster Ariels here.

That’s when I stopped reading. There are two main characters, one girl and one boy. They’re both suicidal. But one is more “eccentric” suicidal and the other is “dramatique”. The boy does it for the negative attention, but then criticizes the girl for doing the same thing. He’s like a manic pixie dream boy, like Johnny Rzeznik or the Phantom of the Opera. He’s special because he’s not one of the jocks who wants sex (see above re: “getting ass”). He’s a special snowflake who wants a meaningful relationship.

I read somewhere that “this is a book about depressed teens, not a book FOR depressed teens.” That makes death into a game. Like you’re watching these teens skirt around the edge of the suicide pool and the big question becomes “will she or won’t she?” Which is wrong. There is no glory in suicide. I’ve looked into that abyss, and I was able to turn away. There’s no romance. There’s no story. It doesn’t release you from your pain, it makes everyone around you feel worse. 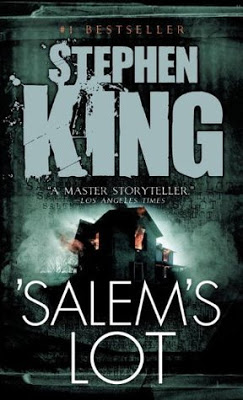 At one third of the way through, there still weren’t any vampires. I’m not saying I need vampires at page one, but they should be part of the plot setup.

But still, this is one of the books that reminds you why people admire King (or did in the eighties). Despite the tedium of character after character after character, the prose still crackles with quaint expressions and sharp dialogue. Even though no one is working towards a goal, the characters are interesting and there are tons of them.Some of whom only get one scene or two and are then killed off. But the difference is, because they get a little screen time AND something you can stick to them (the bus driver who hates kids, the husband of the former beauty queen who catches her in an affair) their deaths have meaning (even if it’s only an ounce).

It’s the progenitor of many of the Stephen King cliches we take for granted today (setting in Maine, supernatural creatures without origin, one-dimensional bullies, useless police, crazy fundamentalists, rednecks, abusive jerkasses, alcoholics, letdown of an ending) and there’s pacing issues abound. Though they crackle, there are long stints of nothing happening, especially in the beginning. Although it gives the effect of making the town a character (so there is meaning when it becomes doomed), it makes me wonder which parts were written on a coke binge and which weren’t. 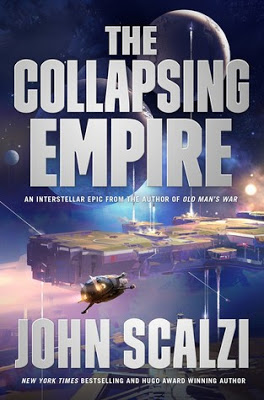 The Collapsing Empire by John Scalzi

A little Dune, a little Game of Thrones, a little Leviathan Wakes, with the rest being pure Scalzi himself. It’s a great read, like his others. Not one you want to put down. Add to that the fact that’s it fun to be starting a new saga. And the best part is that Scalzi’s created one of his best characters to date in Kiva Lagos (mostly because she swears a lot). And that’s saying something because Scalzi is not known for character-driven plots.

One negative is that it seemed the good guys win their obstacles a little easy. Like someone grabs the gun from Chekhov’s mantle, but the security manager saw him bring in bullets, and they knew who was going to do it, so they replaced the gun with one of those bang flag things. Challenges were nipped in the bud right away so that the goal became how to make it so no one noticed they nipped the bud while finding out who grew the flower.

If you’re not familiar with Scalzi’s stuff, then this is a good jumping in point. It’s closest to Lock-In for style and The End of All Things for content.