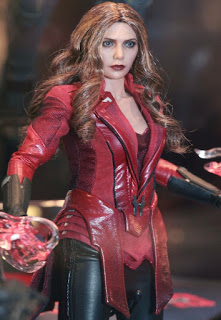 Here’s a character I made up for some Reddit thing that’s going nowhere.

Name: Soraya LeBlanc
Occupation: a wizard, specializing in divination and transfiguration
Age: forty, been in magic training since eighteen
Where: born in the south of France, in a rural area. She’s a big city girl like Carrie Bradshaw in “Sex and the City”
Motivation: obtaining wealth and luxury, but not through marriage if she can avoid it (unless that gets her to a goal — she’s interested in what’s hers, not what someone else owns)
Tool of choice: Magic–using divination to predict the future to profit from the outcome or transfiguration to make things into more valuable things. Also uses her “milf-ness” to her advantage when needed.
Education: Bonne Motte’s School for Development of Magic for Girls
Likes: Fine foods, bright colors, thick books
Dislikes: Dirt, vegetables, things that are gross (grew up with two little brothers who annoyed her to no end with pet frogs and boogers)
Quirk: Obsessed with clean teeth, always makes sure they’re white and spotless, spends money on this
Symbols: Adorned with fake roses, but really wears fluffy things underneath