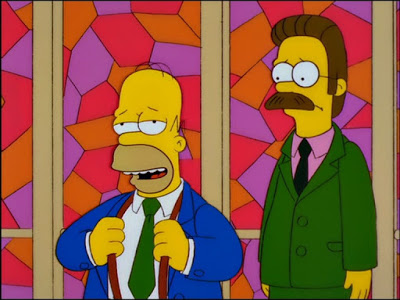 Okay, so I am not a lawyer. But there’s this post by Shon Faye (@shonfaye) that’s gone viral. And I thought it’d be a fun experiment to see if I could argue the other side of it. So, yes, I’d be defending Ursula.

1. Ariel being a minor is subjective, and I disagree this makes the contract any more nullable. I would assume that there are no clearly established laws of consent in this medieval world, either on land or sea. But let’s say there are. Ariel’s still old enough to get married and be emancipated from her father. I would argue that if she’s old enough for that to be socially accepted, she’s no minor.*

2. The contract is not for Ariel’s soul. Verbatim, Ursula says “You turn back into a mermaid and… you belong… to me.” This has nothing to do with a soul. It’s more like eternal servitude or slavery. Now this is all a gambit to gain control of Triton, but that’s beside the point. Ursula has no intention, nay the ability, to do anything with Ariel’s soul.

Also, do we know the extent of the magic Ursula used? The three days may not be arbitrary. It may be an attribute of the spell. In the same vein, perhaps these are ingredients that will never be seen again. Perhaps they exacted an extremely large price. When you pay for medication, you’re not just paying the cost to manufacture some pills. You’re paying for all the research, the trials, the failed experiments, the doctors, the logistics that came together to make that pill. Ursula had to learn her magic. Plus she is the only one in the sea who can perform these acts, which means in a free-market, she’s able to charge whatever she wants.

Now I put it to you — the cost of doing the spell in itself is one voice. If Ariel fails to fulfill her side of the bargain, her free will is forfeit. Is that reasonable? That’s a matter of opinion, and it depends on what Ursula had to spend in order to make it happen. Ariel deemed it a fair exchange of services, and I believe she was old enough to make that judgment. Even if she was emotionally distressed, things you do under that influence are still things you’re responsible for. Otherwise, we’d never have “Girls Gone Wild”.

3. Has Ursula attempted to sabotage Ariel’s end of the contract? In one instance she sends her employees to prevent an incident that might fulfill her contract. In another, she disguises herself and places Eric under a hypnosis spell that blockades Ariel from fulfilling her contract. But even Shon Faye acquiesces that either party may not have a duty to act in good faith. In this case, I would argue character flaw. Ariel KNOWS that this is the sea witch. She KNOWS her past history, her, do we dare say, selfish and evil ways. Yet, she still proceeds forward. Therefore I argue that she knew that Ursula may attempt to interfere at anytime, and still took the risk.

According to Wikipedia, the “implied covenant of good faith” is just that — implied. It wasn’t adopted into law until the Uniform Commercial Code of 1950. And it’s pretty obvious The Little Mermaid takes place before 1950.

The problem with the term “good faith” is that it’s an unwritten rule based on community standards of ethics and morals. These definitions vary from community to community, and thus, are hard to enforce. This is a world that deals with thieving crocodiles and lobster mobsters. How can any of us judge them by our standards?

And honestly I don’t know what any of her argument means after “she and Triton would be liable only in damages”. I’m not being sarcastic. I really don’t know what it means. I’m not a lawyer.

4. Given that the sea is an absolute monarchy, with King Triton given all executive and judicial power, he should be able to declare the contract void. Sure, that’s a valid argument, except that HE TRIED THAT. And it DIDN’T WORK.

As demonstrated in both this movie, there are forces at work behind these contracts stronger than human judgment. Triton’s trident, which can destroy a multi-thousand pound concrete statue cannot make a dent in this piece of paper. Conversely, when Hades fails to protect Megara from harm, the contract automagically becomes void and Hercules strength is instantly restored. Since at no time during the time the contract was signed and Ursula’s death did the contract lose its power, we can assume whatever powers that enhance this contract did not declare it

*If you absolutely have to have a country’s system of laws to go by, you should be using Denmark’s, which, as certain clues have suggested, is the location of The Little Mermaid. The age of majority there is 18, same as America.