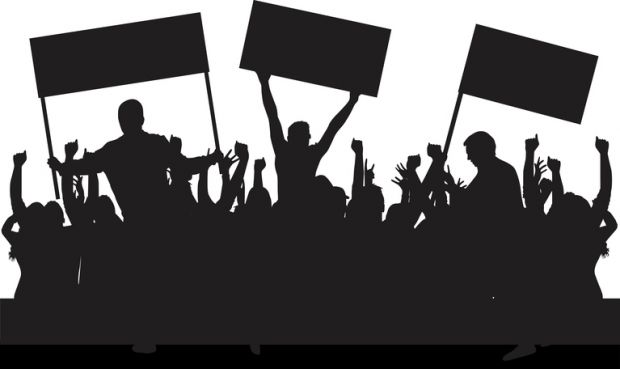 Allow me to get political for a second. I haven’t done so in over 900 posts, so I think I’m permitted one. And believe me, I don’t like to do this.

I’m not politically minded. I don’t care much about politics or governmental elections. I care about policy, but the system to create that policy has succumbed to corruption – lobbying, partisanship, etc. When it comes to presidents, there are candidates I like and candidates I don’t.

When George W. Bush was first elected, I was disappointed – the election was controversial to begin with, but also he was not very intelligent and didn’t understand consequences for his actions. He passed the “No Child Left Behind” act that punished schools with good students and encouraged teaching the test. He vetoed stem cell research, got unnecessarily involved with the Terry Schiavo case, and didn’t make many friends overseas. When he was re-elected, I was angry — he based his platform on fear and paranoia and exploiting the emotions of 9/11. And let’s not forget the 2008 recession/bailout. But I thought, let’s just get through the next four years, and then we’ll have to have someone new.

When Obama ran, I supported him. But I knew, despite the slogan, not much would change. He’s just one man amid 12 Supreme Court Justices, 435 representatives, 100 senators, and however many people work under them all (see “How Much Does the President Really Matter?” ). It would be a presidency much the same as the last. Maybe with a little more optimism and edging towards progress. But otherwise, same-old same-old.

But right now, I am terrified of Donald Trump becoming president.

I can’t find anything in either his campaign or personality that’s redeemable. He is a narcissistic sociopath, like many Type A businessmen. Someone who always believes he’s right and won’t listen to countering opinions. If you are not a white male, Trump is not going to defend you. He won’t support you. He’s anti-Muslim, anti-immigration, anti-Mexican, anti-LGBT. He’s more interested in building walls than bridges, stopping things instead of starting them.

Even other Republicans are trying to find ways not to vote for him. Prominent officials are refusing to endorse him, which NEVER happens. You never break party loyalty, especially if you’re a GOP. Trump is not a leader, he is a brand. He’s spent his life building his brand. And it’s not a reliable one. I grew up while Trump was forming his empire (on his small loan of one million dollars). I was a kid when he was the mascot for eighties yuppies and “New York business”. I saw him make headlines with casinos and beauty pageants and multiple ex-wives.

But he’s strong in the polls. A man with no political experience, who’s spent more time with TV shows and failed businesses than on the congress floor, is tied with someone who has the political history of a Kennedy. Granted, it’s also as spotty as a Kennedy, but she plays the game. She knows the players, knows the rules, and has the experience. She can hit the ground running. The American people as a collective believe she’s on the same level as someone who marketed his name on a board game and steaks.

And now there’s this shitstorm of the RNC. In a single day, the potential first lady plagiarized her speech, a congressman said that “whites have done more for civilization than non-whites”, a soap opera star called Barack Obama a “Muslim”, a lieutenant-general led a chant of “lock her up” (referring to Hillary Clinton), and the opening prayer referred to Hillary Clinton and the Democratic party as “the enemy” as if this were a war. Not people who, although they have different ideologies, need to work together. I’ve seen what happens when people elect a showman instead of a politician. I live in the state that elected Jesse Ventura.

After all that, there are still people who believe he is the best figurehead for the country. For American ideals. To “make America great again” (was it so bad in the first place?). If they are still supporting him after the plagiarism, the Mexican wall, the birther controversy, the violence at the rallies, the anti-immigration (and I’m just listing his political snafus), then nothing’s going to change their minds.

They’re zealots, following a charismatic leader. One who makes promises he can’t keep. Someone who appeals to emotions rather than reason. I don’t see how you can convince someone like that to change their mind. My technical writing teacher said there are only two ways to get someone to do something. Either hold a gun to their head or persuade them. But persuasion doesn’t work if you don’t think rationally. Because they’re not thinking with reason in the first place. And if you use emotion, you’re entering the same dangerous game.

I feel like a large part of the world is on some kind of glacial retreat. We’re rejecting globalization. International sports result in corrupt officials and Olympic ghost towns. England removes itself from the European Union because they don’t want to harbor Syrian refugees. It’s an ideal that encourages fear and ignorance.

My only hope is that, if Trump is elected, the same pattern applies — that he’s only one man and not much will change.