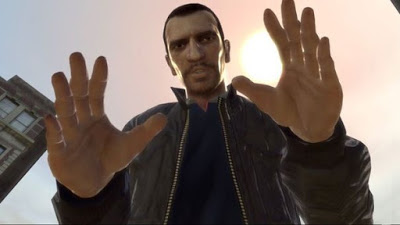 SecurRom errors, Social Club forced login, Games for Windows, and top of it all, the game won’t stop stuttering.

I’ve tried windowed mode, various launch options, disabling VRAM, limiting frame rates, turning Vsync on and off, lowering the resolution. Nope, the same damn graphic stutter keeps going. Everyone moves like its a bad stop-motion film and it give me a headache. Usually, I’d try my damnedest to get this game going — I paid for it, I’m going to get my money’s worth. But then I realized I’m 34. I have a salary where I don’t worry about money — even with two kids. Whereas time is a commodity I can’t get back. Money can be converted to time, but time can’t be converted back. If I spend any more, I’d resent the game so much, playing it would be a slog.

So fuck you Rockstar. I deleted your game from my library without every playing it. See if I download one of your games again. Besides, I like Saints Row better. It’s faster, it’s funnier, its got all the things you do + cooler explosions.