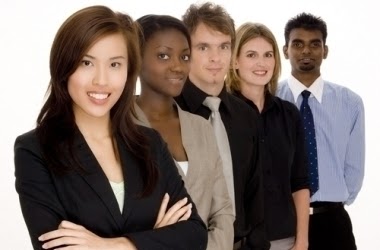 These days, I feel obligated to include people of color (PoC) in my works, because the SF community is really bearing down on publications and works that don’t include them. There’s no particular target but anyone who exhibits the slightest tint towards misogyny, even in jest (I’m thinking of the Hugo host kerfuffle) gets eliminated. And anyone in one of these minorities will always tell you how there needs to be more representation.

Jim C. Hines recently had a 2 week series of guest bloggers talking about this. People of all sorts of genders, non-genders, sexual orientations, ethnicities, mobilities (handicapped), mentalities (autism), medical conditions (albinism). And basically, all of them really just wanted more and fair representation in fiction. Not the evil albino, not the asexual wheelchair guy, not the white princesses, not the war-like Muslim, and more than binary representation of gender. (Didn’t see any religion on the list. Is no one suppressing Jews anymore?) They’re good posts and I learned a lot.

Thing is, there’s no way I can do what they want me to do.

I know Jim C. Hines is trying to spread awareness, but it feels like white writer’s guilt. Like if I don’t include at least one of these minorities in my work, I’m screwing up. Well, if I write about dwarves, am I supposed to make one of them black? Do I have to explicitly state that then? Do I have to give that black dwarf black characteristics? And if I do, what would those be in a fantasy setting? They don’t have urban culture in Rivendell. Just what am I supposed to do?

I’m xenophobic. I have no problem with any of the above divisions. If I think of a story that involves them, I will write it, but I usually don’t. My characters tend to be more hubs around a plot. I almost included a handicapped character in my latest novel, but I cut her out because she became extraneous (but plenty of potential to put her in for the potential sequel). Whether I “got her right” or not is meaningless. But I’m too afraid of screwing it up farther if I actively write about minorities, because I just don’t know enough about their lifestyle.

Everyone I know are white males and females, married, dual-income, starting families with 2-3 kids and/or dogs. I can’t write what I don’t know. And one person’s story won’t be another’s. I don’t think you could be taken seriously with a lesbian, red-haired midget, but they do exist (Ashley from Pit Boss). I can’t be the writer those minorities want me to be. Any different race or type I write would be in name only. And morally speaking, would you rather I write about over-represented peoples or under-represented peoples wrong?

It appears that people are writing the stuff, but they’re either not getting picked up or not getting marketed. I’m sure there’s a reason, and I’d like to know what that is. I just know that if you’re looking for diversity, you won’t find it here.