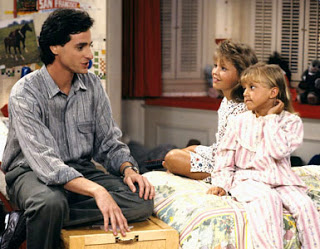 It could be just coincidence, but I’m noticing a trend of YA novels where the father is the one raising the kids and the mom’s out of the picture or the deadbeat. Fangirl, The S Word, The Girl Who Became a Beatle. All have moms as the irresponsible one. Not all these came out at the same time, but they were within the last year or two. Is this a new thing? I have no problem with it, but I have a question.

Is this a literary device for more conflict or is it illustrating a trend in parenting? In all these books, it’s a girl being raised by her father. And the father “just doesn’t understand”. That doesn’t mean he’s not caring or nuturing. It does mean he’s not as “clean” or “proper” as the daughter thinks he should be. But in all cases he’s doing his best. Of course, his best is never good enough for a teen, but when would it be?

But are writers including this because it’s really happening, or because it causes more tension. Because it doesn’t seem like being single dad means much in terms of story. It doesn’t change the plot or throw a curveball. It’s just another “thing”.  So I’m wondering what facet is reflecting the other.