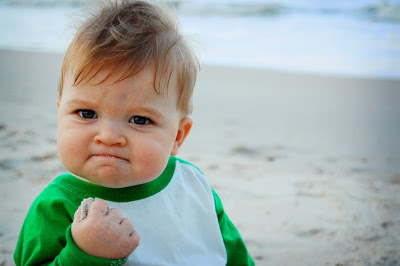 Last time, I left you with tag lines. Today I talk about “sticky stories” (this is the term the guy delivering the lecture used).

Stickiness refers to remaining in people’s minds. The lecturer used the example of the “wake up in a bathtub full of ice with your kidney gone” urban legend. My problem with this example is it doesn’t apply to a book. You haven’t written an urban legend for a novel, obviously. It shows you the destination without the map or compass.

The idea of the sticky story is to create a mystery. To stop the audience from evaluating and think. To illustrate this, you’re creating some kind of idea or ad campaign or story or avenue for advertising your message, using the S.U.C.C.E.S.S. acronym.

SIMPLE: Keep your message simple and profound, like a proverb. Not a soundbite that’s taken out of context. Find the core of your story. Determine the single most important thing in the message. This can be a visual symbol too, like Gatsby‘s green light, the Twilight apple (even though that has fuck-all to do with the story), the mockingjay pin, Harry Potter’s glasses/lightning scar. Tap into what people believe about your area of expertise.

UNEXPECTED: Like in the kidney story, you wouldn’t expect a drugged man to wake up in a hotel bathtub. You expect him to wake up mugged or kidnapped. That’s the key — break the established pattern. You want to create surprise and interest. Understand this is not a gimmicky surprise. This is more like using the gap theory of curiosity: when there’s a pause, a chasm, between what we know, and what we want to know. The lecturer used, in his story, “The girl gave him his drink and they talked for a while. That was the last thing he remembered until the next morning. (pause)”

CONCRETE: Use details that matter, not just abstract or generics. People understand and remember if there is a specific person, a specific organ that was harvested. Put people in the story. The more hooks, the better.

CREDIBLE: Make your audience believe. Convince them that this happened. People believe this kidney story like nobody’s business — that’s the nature of urban legends — because there’s nothing about it that sounds implausible. We all know about black markets, organs, date-rape drugs. Mix them together, and out comes something that theoretically “could happen”.

EMOTIONAL: Two things: create a sense of wonder, and a sense of “what’s in it for me?” for the audience (because people are self-centered). The reason to buy your product or service is rooted in emotion. The kidney story is rooted in fear and paranoia. A better example is Jared from Subway, a story that’s both concrete and emotional. Jared was a real guy trying to lose weight. Somehow he did it through simply eating Subway sandwiches. Maybe you can too? Buy a sandwich and find out.

STICKY: Maintain the message. Don’t change it based on the medium. A movie doesn’t alter the tagline in the poster, the commercial, the magazine insert, and the song.

STORIES: Jared applies here as well. People like stories. They’re more likely to listen to some kind of story than a message or a lecture. Subway created a story around the everyman with weight issues. Stories illustrate innovative and resourceful ways to solve problems (like weight loss). Stories provide simulation (knowledge on how to act) and inspiration (motivation to act).

Now how do you translate this into your book? I honestly have no idea. I do know that before you create your Facebook ads, your book trailers, you need to have some kind of content. “Now coming out: My Awesome Book by So-And-So” is not going to cut it. It gives people no reason to buy. So provide motivation, something to sink their teeth into. If you can make it like an urban legend, so much the better.

Me? I’m not sure what direction to go. To be honest, I’m just going to try copying what movies and big books do. Trying to take that style of an intriguing story, a must-see epic. I’m not an advertiser, so all I can do is my best.