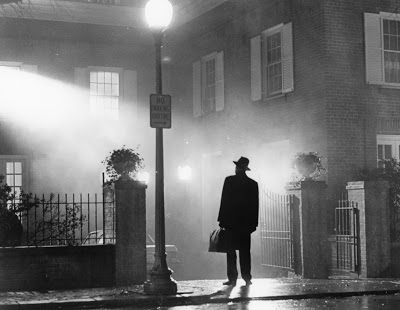 As long as I’m making confessions, why don’t I do something more in theme with Halloween.

I’ve never understood why people find “The Exorcist” scary. They say it’s the scariest movie ever made, but I don’t see it. I’ve always figured it must be something you have to be Christian to understand.

The demon never does anything. She throws up, crawls around the ceiling, cranks her head around, floats. But she stays in bed the whole time. They cure her with bibles and holy water. 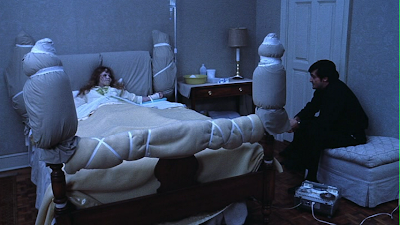 Sure, I wouldn’t want that to happen to my daughter, but it’s Father Korras’s story. He’s the protagonist — he’s the one that changes. He’s the one we’re supposed to be projecting ourselves into. And he never seems to be in any real danger. In fact, he actually invites the danger into himself in order to bring resolution. When you do that, you have control. Control means there’s no fear or dread. Fear comes from powerlessness — you can’t run from the masked killer, or see the giant bug, or tell who’s a cylon. 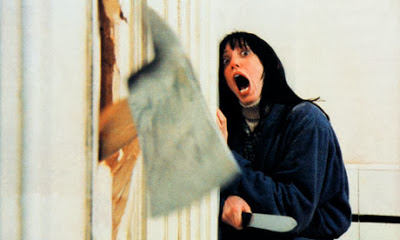 Now The Shining, that’s a scary movie. I don’t get scared from it myself, but I definitely won’t show it to my wife. It’s not scary for a man — the story is about Jack losing control of himself, and surrending to the dark influences inside him (alcoholism, anger, family issues). Jack is the one with the power, getting the power as he loses his humanity.

Even though he’s the main character/protagonist, it’s really scary for Wendy. She’s this Olive Oyl looking thing, isolated in a hotel with just her nine-year-old son and a crazy man. She can’t swing a bat hard enough to cause damage. She has no control, no strength against a man possessed by rage.

Now that’s a possession story with teeth. But The Exorcist? I just don’t get it. Maybe I’m too scientifically-minded, even though I have a high suspension of disbelief. But I don’t see any elements of demon possession movies that frighten me, beyond jump scares.