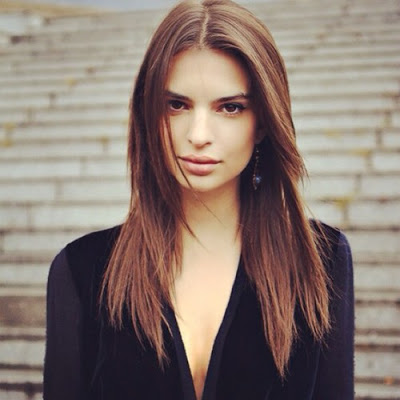 Emily Ratajkowski is the girl in the Blurred Lines video. I still haven’t learned how to pronounce her last name.

She really doesn’t need any kind of signal boost.  She’s a model, she’s flirty, she’s willing to take off her top. The only reason I’m bringing her up is to put a name to the face. 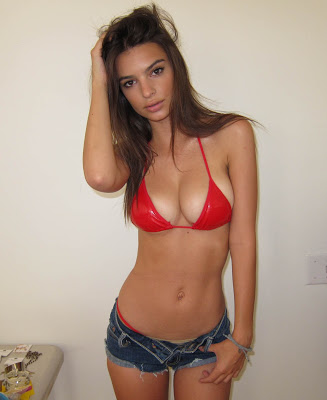 She’s little more than eye candy, and it doesn’t look like she has ambition to be more. Underwear ads all over the Internet, and not much else besides that. 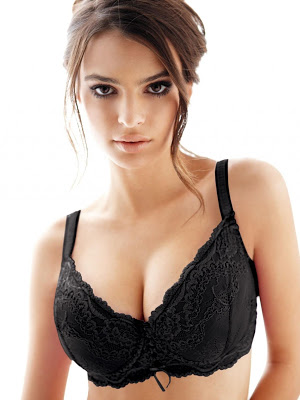 But I keep thinking about her in the video. She’s the only one worth noticing. The blonde one looks like a ghost, and the third seems plain to me. But Emily has those red lips, brown eyes, straight hair.

Emily is 21 with Polish-Israeli ethnicity and born in England, but raised in California (but plenty of childhood in Europe). Modeling since 14, appeared in various photos where she shows off her perfect midriff and ass. 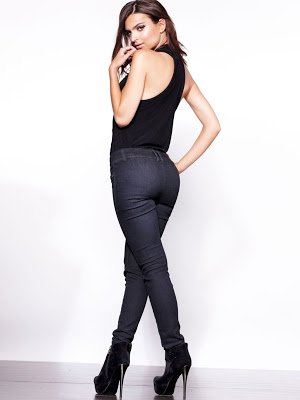 You see? Do I really need to bring up her know-zone? I hesitated even making a blog post about it, but she’s been on my mind lately. I really only like talking about girls with some kind of talent, and she certainly needs no more promotion than a controversial music video where she’s flaunting her T and A.

And it looks like she has no intention of being more than the sum of her body parts. Especially with commercials like that. I mean come on, spending her childhood in Europe? Father’s a painter? She’s a model? Size 2 with C-cup breasts? How much more perfect a life does she need than more webspace dedicated to her?

But there’s something about her moves in the video that are charming. Subtle, but playful. Stepping around, the stripper thrusting, looking into the camera with her fingers in her mouth. (Well, maybe it’s not that subtle). At least if there’s something to be gained from this obnoxious, misogynist song, it’s a few nice gifs.