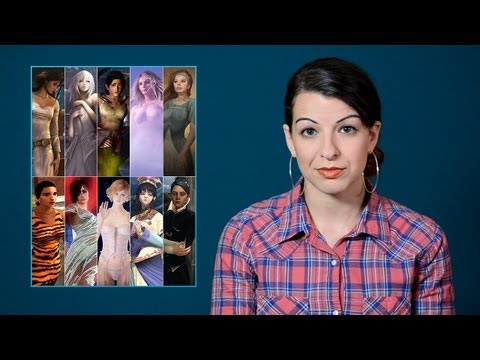 Oh look, Anita Sarkeesian made a new video. That only took her, what, two months and twenty-one days? And she’s got 12 videos to make? Fantastic. At this rate, she’ll be done by November 2015. Good investment for all those kickstarter contributors.

I feel like I should offer a critique like I did before, but I actually have fewer bones to pick with this one. The same issues I had with the last video remain. Like cherry-picking data — she’s starting with her point and then finding just the evidence that proves it. She doesn’t consider the medium as a whole. If you only use movies like “A Serbian Tale” and “The Human Centipede”, of course you’re going to have a skewed view of patterns in the medium.

If I wanted to, I could make a great case about the representation of fathers vs. mothers in the same medium. We’re vilified as being incompetent, evil, or unnecessary. Any movie about fatherhood is either “Daddy Day Care” or “Taken“. But I won’t because I’m already playing on the easiest level.

Then there’s the failure to take into consideration the culture of origin for the games, i.e., Japan vs. America. Japan is not great with its feminism in the first place. They value style over substance. They don’t make many original stories or take creative risks. “The nail that sticks up will be hammered down”. Just look at the Final Fantasy or Godzilla.

Then there’s knowing the audience. A dark and gritty game centered on violence/combat as the chief mechanic is going to cater to males. Nuff said. Video game companies do not make these with women in mind. Women simply are not the market for those games. I’m not saying women don’t like those games. But their dark and gritty tends more towards Jacqueline Carey, Mira Grant, The Hunger Games, or various animes. 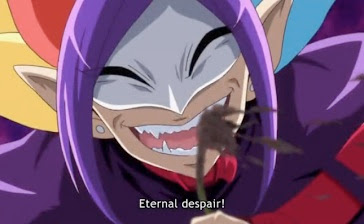 And that’s what she’s focusing on today. Instead of looking at any game from 2001-2013 that’s sexist, she focuses on those “dark and gritty” games like The Darkness, Castlevania, and Shadows of the Damned. The damsel in distress has become the damsel stuffed in the refrigerator. 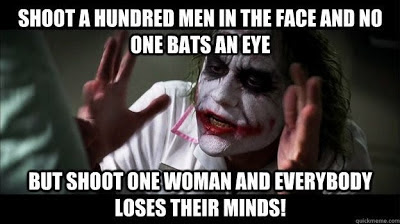 This makes it seem like the violence is for her own good, which is a common rationalization for violence against women. And sometimes it’s the only way to “win”. It’s strange that even in this time of advanced games, mechanics and player choice, there are still games that don’t allow you to move forward unless you pull a trigger. When you look at each individual instance, each game, it’s not as meaningful. But multiple games together you see the common threads. 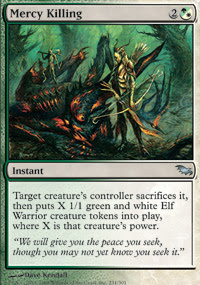 Side note: I love how when she’s talking about Bionic Commando she first: totally spoils it (thanks for the warning Anita — thank god you didn’t mention Bioshock: Infinite), and second: fake laughs when she says that your departed wife is the central AI in your bionic arm. Lady, if that’s what makes you lose your shit, you haven’t begun to scratch the surface of real geek culture.

My main issue is that I don’t really see a way around it. Female disempowerment goes hand in hand with dark and gritty. It doesn’t necessarily have to, like in “Sin City” or Spawn. But for every Angela, there’s a Wanda Blake. For every Miho, there’s a Nancy. 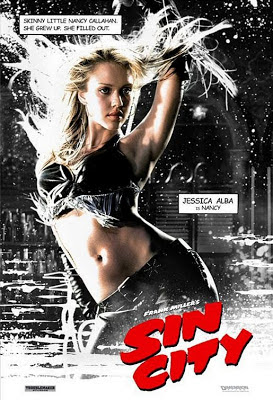 The other thing is this is not so much violence or victimization of women, but lazy writing. These are all games where the only way to express anything is with a gun. And the only way to express love through a gun would be a mercy killing. I don’t believe it causes violence against women, as Sarkeesian seems to imply, but treating a symptom doesn’t cure the disease. No one goes out and beats women because they saw it in a video game. The same reason no one goes and shoots up a school because of a video game. (for more, see this)

If you play nothing but games like Infamous, Grand Theft Auto, Gears of War, and Dante’s Inferno, will you get desensitized to it? Yes. But if you are victimizing women, there was something wrong in the first place. Video games like these are part escapist fantasy and part effects of the issue, not the causes.

By the way, it was about 6:25 when she first mentioned God of War. Although it wasn’t in the sense I thought she would. Come on, you missed the multiple gratuitous sex scenes and Pandora’s sacrifice? Anita, you’re dropping the ball.