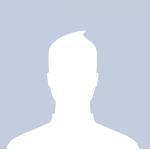 Oooh, I’ve been waiting for this one (rubs hands gleefully).

Fuck this villain. This guy makes every top ten list, but he’s nothing. He’s NOTHING, guys. He’s just a pair of hands in the bushes. You might as well make the iceberg the villain of Titanic. I like that he kills the stupid animals. You know who’s a better villain in this movie? Ronno (the deer that fights Bambi for Faline). He didn’t have any lines either.

Motivation: I’ve already talked about hunting. (A lot of villain sportsmen in Disney, aren’t there? And there are still a few to go.) But I’m not against it. Nevertheless, what this guy is doing isn’t hunting. I don’t know if he’s even collecting the carcass. For all I know he’s Ted Kaczynski in his shack or drunkenly running around with his buddies. You might as well call him “Gun”. And it misrepresents the activity of hunting.

Character Strengths: I wish I could put something here, but I can’t because Disney never shows the villain. Instead they show twee animals flitting around being twee. Maybe “accuracy” would apply here.

Evilness: Everyone criticizes Man for killing Bambi’s mom and breaking their widdle hearts. Yes, he did kill a deer with a child, which is illegal to do in most of the U.S. But the original book was written in Austria. And if you’re hunting for food, you’ve got to take them when you can get them. He didn’t kill her out of malice or vengeance or insanity. This villain is not us, it is a force of nature, at least according to the animals in the forest. Man is the hand of God — a superior species that is incomprehensible by lesser creatures.

Tools: I guess he has some dogs, but they are probably the worst hunting dogs in the world. And I don’t even know anything about hunting. First, he’s got like eight of them. Second, they’re huge, like Cujo’s slightly thinner cousins. If they caught Bambi, they’d chew him to the bone before Man even got to him. The hyenas in Lion King weren’t as vicious, and they were wild animals.

Complement to the Hero: I think Bambi might be already dead, because he must be in heaven. There are no bears or cougars or predators in this paradise. The only thing they’re afraid of is big bad Man, the clumsiest of species. Bambi is supposed to be the “Prince of the Forest”, but what are his duties anyway? And why is his deadbeat dad never addressed?

Fatal Flaw: I dunna. When you make the antagonist a pair of hands, it’s kind of hard to give him something to relate to. For all we know, he’s up there in the bushes off camera to the right, pointing a Remington at Bambi’s head.

Method of Defeat/Death: Does not apply. The villain never dies. Originally, Man was to ironically die in the fire he started, but that was cut when they changed his presentation to little better than a ghost. So like I said: don’t hate the player, hate the game.