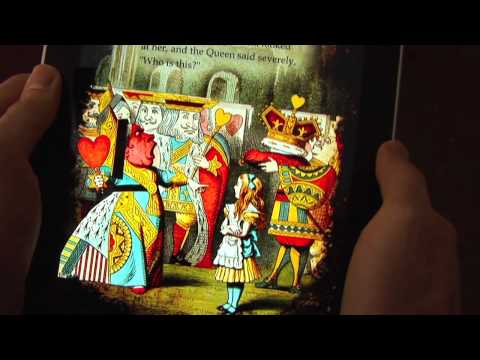 Last week, I got a scary e-mail in my inbox from David Farland. I subscribe to his “Weekly Kick” which sends out writing tips every once in a while. Today’s tip was titled “Perhaps the Most Important Kick You’ll Ever Read”.

It described a well-drawn summary of the current state of the publishing industry. You know the story: paper books down, eBooks up. So what’s the publishing industry going to be doing about it? Well, a lot of evil things, none of which are good for authors. They can print fewer books, save on advertising, paper stock, and most importantly, take money from authors. They can renegotiate contracts for worse terms, print out-of-print books, under-report sales, demand more rights from the authors, or maybe the money they owe for royalties just disappears.

Eventually, the authors will force the publishers into court, sue, and settle. But no money will change hands because there is no money left. Bankruptcy will be declared. Houses will close. The future won’t kill paper publishers, but it will severely reduce them. They’ve been living in their fancy New York houses for too long, living off a business model that has not been updated, much like newspapers (side note: how are there any newspapers left anymore? Who’s buying them? I thought by now I would hear tons about how newspapers are folding up shop).

This is nothing new to me. This is how every dying industry acts — trying to strangle every last drop of juice out of the canteen, hoping that salvation comes some time. Radio was the same way. Radio used to be huge — voice actors dressed in costume, performing in front of a studio audience. Production values were huge. And it wasn’t TV that killed it either. In the 70’s, if you were a radio DJ, you were the fucking man. You got laid everywhere you went (as is my understanding from That 70’s Show and WKRP In Cincinatti).

Now you’re just a sad sack with a funny voice scraping money, and that’s if you get the coveted morning spot. Either your station has no DJ’s or the only way to get people to listen is to bring in naked women and retarded midgets. And it wasn’t TV that killed it. It was the plethora of options that appeared — Internet, satellite radio, burnable CDs, MP3s, online radio stations with customizable features and few ads, podcasts. But radio’s still around, managed by the few who survived the downfall with money and corruption. Only two radio companies exist anymore — Viacom and Clear Channel. All the radio you hear is owned by those two companies. Probably why every station sounds the same.

But stack to my bory. If paper publishing is dying, then the answer is eBooks. Seems like a good idea — there are authors making millions from just eBooks with no publisher backing (Amanda Hocking, J.A. Konrath) — but there are consequences. One, it’ll be easier to self-publish, so there’ll be difficulty separating the wheat from the chaff. Lots of bad writers, new writers, and preachy writers out there, as I’ve garnered from query letter sites (it’s scary how many people say “God told them to write this book”). Two, much smaller audience. EBook readers are still expensive and still not widely spread. Three, smaller profit margins. No one knows how to price an eBook. Some say $10, some say $0.99. Even though you’re cutting out the middleman, you still won’t be living off your returns.

So how do you get a reader’s attention? Farland thinks the future is “Enhanced Ebooks”. What are those?

Find out more in the next entry, as this one’s long enough.